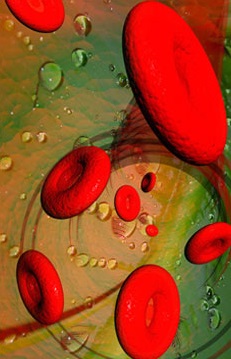 A report has had a new look at the rates of sexually transmissible and blood-borne infection in Australia, showing an increase in HIV diagnoses among other findings.

Two documents; the ‘HIV, viral hepatitis and sexually transmissible infections in Australia Annual Surveillance Report’ and the ‘Blood-borne viral and sexually transmitted infections in Aboriginal and Torres Strait Islander People: Surveillance and Evaluation Report 2013’ will be released today at the Australasian HIV/AIDS Conference 2013 in Darwin.

The first report says Australia’s new diagnoses of HIV increased by 10 per cent in 2012 to 1253 cases - the largest number of new cases in 20 years.

“Some of the rise in reported HIV diagnoses may be due to an increase in testing, but better testing simply cannot explain the magnitude of these rising rates,” said Associate Professor David Wilson from the University of New South Wales’ Kirby Institute.

“One of the biggest challenges in responding to Australia’s HIV epidemic remains the estimated 10-to-25 per cent of people with HIV whose infection remains undiagnosed. We need to focus significant efforts on getting people diagnosed and initiating antiretroviral therapy in order to improve their health and reduce the risk of transmission in the community.”

Chlamydia remains the most frequently reported infectious condition in Australia, with over 82,000 cases diagnosed last year.

“We know that rates of chlamydia diagnosis have roughly tripled over the last ten years, primarily due to expanded access to testing, but testing remains very patchy and there are many more cases that remain undiagnosed,” said Associate Professor Wilson.

“Unfortunately, this is just the tip of the iceberg. It is likely that there are five times as many more Australians with chlamydia that is undiagnosed, who may be at increased risk of infertility and other reproductive health problems. We estimate that as many as one in 20 young Australians between the ages of 15 and 24 have chlamydia.”

Donovanosis, one of the lesser-known sexually-transmissible infections, has been all but eradicated – just one case was detected in Australia in 2012.

Both reports reiterate the need to use public policy, education and funding to address the growing health concerns of Australian residents in all parts of the country.

“These disproportionately high rates of sexually transmissible infections affecting mostly young people are a symptom of poor access to, and delivery of primary health care and programs, particularly in regional and remote areas,” said James Ward, an expert in Indigenous health and advisor to the Kirby Institute.

“Again, we need to act now to address inequities. Our strategies must include education and health promotion in school and teenage years, effective clinical service delivery and effective prevention strategies implemented across all communities.”