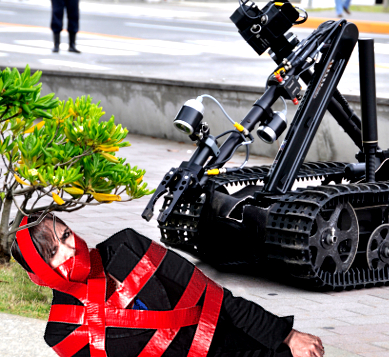 Among the more concerning legislation placed on the ‘repeal day’ chopping board is the independent monitoring of anti-terrorism laws, according to a legal expert.

The monitoring has been performed by Sydney barrister Bret Walker SC since 2011, and the three reports he has issued so far show that there is a valid reason both for the ongoing observation and modification of Australia’s anti-terrorism laws.

But getting rid of the monitor altogether will help no one, University of NSW Professor of Law George Williams says.

“The decision to do so is unfathomable,” Dr William wrote in the Sydney Morning Herald.

“Repealing the office will do nothing to liberate people from bureaucracy and red tape. In fact, it will frustrate that aim.”

In keeping with several international government directions, Australia has allowed some extraordinary powers in regard to terrorism investigations, including the ability to question, detain and observe citizens in almost total secrecy.

The idea underpinning the independent monitoring of these laws is that their use must be kept in check by someone with access to the secret activities and the ability to interpret their effect.

The removal of the monitor will likely only exacerbate the problems highlighted in the three reports Mr Walker has compiled so far.

“Some are poorly drafted, and therefore ineffective, or actually counterproductive. Some are not needed because they play no useful role in preventing terrorism. Others are dangerous because they undermine democratic values such as freedom of speech, the right to a fair trial and the presumption of innocence.”

The reports should be the map for the Federal Government’s attempted reforms, he says, as they contain a “goldmine of information about laws that can safely be removed from the statute book as a means of freeing people from unnecessary, and even hazardous, government regulation.”

“They can regulate almost every aspect of a person's life, ranging from where they work or live, to with whom they can talk, all without a trial.

“The regime has been used only twice, for Jack Thomas after his convictions were quashed by a court and David Hicks on his return from Guantanamo Bay. The use of control orders in both cases was highly questionable, and none has been made since 2007.”

Mr Walker found after studying these cases that the control order regime is “not effective, not appropriate and not necessary”, and recommended that they be re-written to apply only to convicted terrorists who actually pose a danger to the public.

Other measures the reports found could be repealed include a enabling ASIO to detain Australian citizens not suspected of any crime in secret for up to a week.

There are also preventive detention orders on the books, which allow the government to hold a person without questioning or charges for up to 14 days. Neither has ever been used.

“If there is a problem with the independent monitor, it is not in Walker's work, but in the failure to act on any of his findings,” Dr Williams says.

“The Gillard government released Walker's most important report at 5pm on budget day last year, a time calculated to provide minimal public exposure. It then failed to respond to the report.

“The Abbott government has also failed to respond to any of Walker's reports.”

The Federal Government says the repeal of independent monitoring will “reduce bureaucracy and streamline government”, and that the experience has “provided a valuable opportunity to reflect on the optimal form that such oversight should take”.

“With the benefit of this experience, the government considers that placing the laws in a constant or continuous state of wholesale review has not proven to be the optimal form of oversight,” Government repeal documents state.

But expert opinion says Walker’s reports show a great many examples where continuous review is necessary because laws overreach themselves or fail to do as intended.

“This is not something any government lacking the political will to tackle problems with these laws wants to hear,” Dr Williams said.

More information and copies of the reports are available at the government website for the Independent National Security Legislation Monitor, Mr Bret Walker.