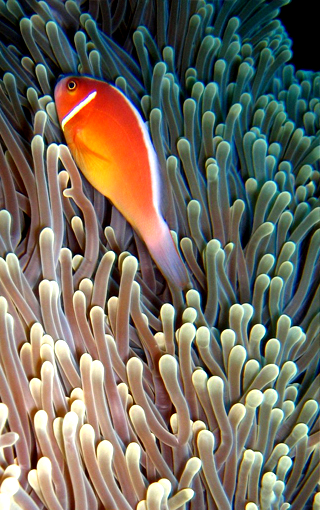 The Great Barrier Reef has avoided being labelled ‘in danger’.

Environment Minister Sussan Ley's diplomatic blitz appears to have paid off, securing the support to override the UN body's scientific advisers on the classification of the Reef.

Instead, a motion has been passed by the World Heritage Committee, asking Australia to deliver an updated report on the state of the reef in February 2022.

Ms Ley had been pushing for the Reef not to be considered for inclusion on the ‘in danger’ list again until 2023. Reports say it was Norway that moved an amendment for the timetable to be brought forward one year.

The motion also requires Australia to set up a reactive monitoring mission to visit Australia to study the reef's current condition.

The environment minister says her global push to avoid risks to the Reef being addressed was not about Australia “hiding from the challenges facing the Reef or the pressures of climate change”.

“It has been about ensuring a fair and transparent process for the reef and the people who work tirelessly to protect it,” she said.

“Our concern was always that UNESCO had sought an immediate 'in danger' listing without appropriate consultation, without a site visit and without all the latest information, and it is clear that this process has concerned not only Australia but other nations as well.”

The IUCN, one of UNESCO’s official scientific advisors, has quoted an Australian government report from 2019, which stated: “The window of opportunity to improve the Reef's long-term future is now”.

WWF-Australia says Australia has been put on “probation”.

“Business as usual on climate will not prevent an in danger listing in a year's time,” said Richard Leck, head of oceans at WWF-Australia.

Labor environment spokesperson on the environment Terri Butler said the decision is merely “kicking the can down the road”.

“An ‘in danger’ listing would be a significant further blow to Queensland's tourism industry, with operators and local economies already reeling from the pandemic,” she said.

“Today's decision sets a clear timeline now for the federal government to show that it's acting to protect the Great Barrier Reef,” he said.

“We need to work together to address the very clear science of the impacts of climate change and water quality.

“There are 60,000 jobs that rely on the reef, and it's imperative we act now to protect those jobs, especially as we recover from COVID-19.”