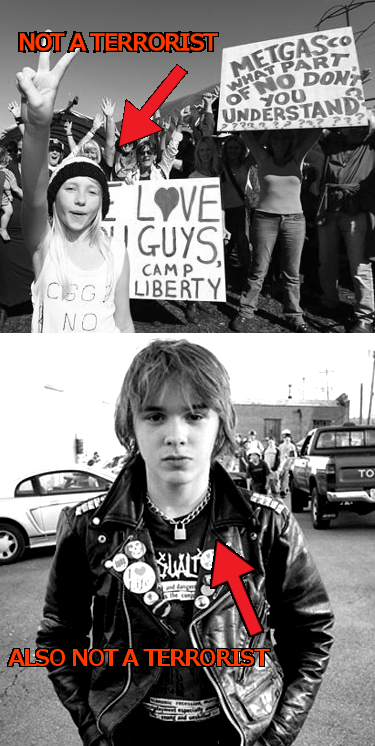 The Federal Government has launched a 32-page booklet that it says will help prevent radicalisation of young Australian minds.

But the attempt at anti-terrorism has angered many groups who say legitimate leanings toward environmentalism or alternative music are being unfairly lumped in with people wanting to commit mass murder.

The booklet contains a case study in its ‘Violent Extremism’ section that tells the story of a girl called ‘Karen’ who becomes interested in the “alternative music scene, student politics and left-wing activism”.

‘Karen’ takes to sabotaging logging machinery and gets arrested “on numerous occasions” while becoming “totally cut off from her family”.

The Australian Conservation Foundation (ACF) says the booklet is misleading and potentially dangerous.

“It sounds like something that's been dreamt up in the cigar room of the Institute of Public Affairs,” ACF spokesperson Jonathon La Nauze has told reporters.

“To link standing up for the places that we love, standing up for the future of our children, to violence and extremism and terrorism, does nothing to combat a real threat to the safety of people or to respect the very peaceful and very meaningful protests that people engage in from all walks of life to ensure that we have a safe future in this country.”

Mr Keenan defended the heavy-handed, ham-fisted attempt to keep kids on the straight-and-narrow.

“Radicalisation that comes from contact with ISIL [the self-titled Islamic State] - who make an enormous effort to groom people, particularly young people to commit violent acts here in Australia - is of primary concern to the government at the moment.

President of the New South Wales Teachers' Federation, Maurie Mulheron, described the launch of the kit as a cynical move to generate fear in the community.

“I think it's a fairly cynical move by the Federal Government not to make anyone feel safer but to engender fear and intolerance,” he told the ABC.

“I'm very doubtful that the Federal Government has pure motives in this area.

“They've got a track record now of trying to engender division within the community on these issues and I don't think that what they're proposing will make one iota of difference.

“We as teachers are very good at bringing a diverse group of young people into our schools and turning them into a community so they can take up their roles as citizens within the broader community.”

For many commentators online and in the media, the release of the booklet shows once more the broad gap between the Federal Government’s understanding of ‘radical’ views and their dangers.

It is hoped that future efforts to protect the public from those with violent intentions on a large scale will be better targeted.

Perhaps the next attempt will not vilify fans of Radiohead or opponents of coal seam gas extraction.

The booklet is available here.