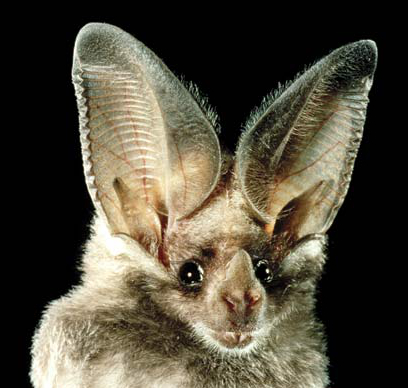 While it is relatively easy to get money to protect attractive animals like pandas, lions, whales or puppies, human sympathies tend to wane in line with an animal’s aesthetic value.

This can create a misallocation of conservation resources, skewing them towards animals that people like rather than their less cuddly cousins, or indeed whole ecosystems.

In Australia, a recent study has shown that Australian native rodents and bats attract little research effort and funding, resulting in poor conservation and management.

The authors of the report call for conservation funding to be directed towards long-term monitoring and basic research undertakings into these species.

In a paper for the journal Mammal Review, Associate Professor Trish Fleming from Murdoch University and co-author Dr Bill Bateman from Curtin University reviewed the published literature for each of the 331 Australian mammal species.

They grouped the creatures into three categories: the ‘good’ (e.g. kangaroos, echidnas, koalas), the ‘bad’ (e.g. introduced and invasive species like rabbits, cats and foxes) and the ‘ugly’ (microbats and hopping mice).

Despite making up 45 per cent of the species investigated for the study, those categorised as ‘ugly’ had attracted little scientific attention.

“Current global and national conservation funding largely overlooks these species, and yet these may arguably be most in need of research effort,” said Professor Fleming.

“For the majority of species, researchers have been able to do little more than catalogue their existence. We need to document observations of their diets, habitat selection, space use and reproduction in order to identify threats and management options.

She also highlighted that researchers were discouraged from investigating some of the more obscure species because resulting paper submissions are likely to be turned away by the editorial boards of the highest impact international journals for being ‘parochial and of limited interest’.