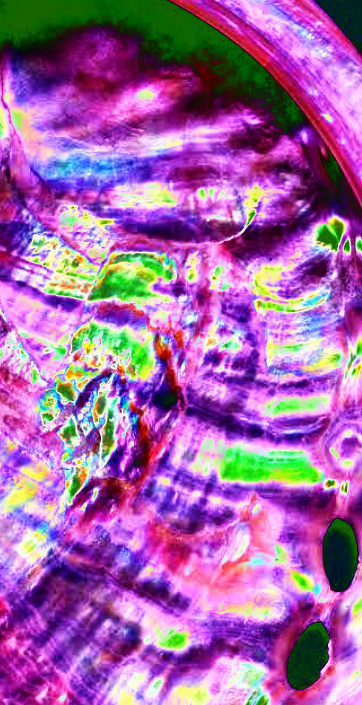 Researchers are trying to reverse engineer one of nature’s toughest materials – mother of pearl.

A team from the US has revealed that nacre (often called mother of pearl) has a nanoscale architecture of organic and inorganic material that combines the best properties of layers and solids, hardness and resilience, into a nearly indestructible supermaterial.

A paper detailing the new discoveries has just been published in Nature Communications.

“Mollusc shells have intrigued generations of scientists,” said Robert Hovden, an assistant professor of materials science and engineering at the University of Michigan.

“But we’ve never before been able to observe how they respond to stress in real time at the nanoscale. This paper, for the first time, shows in vivid detail exactly how the shells respond to impact.”

Researchers have known the basics about nacre for decades - it’s made of microscopic ‘bricks’ of a mineral called aragonite, laced together with a ‘mortar’ made of organic material.

This brick-and-mortar arrangement clearly lends strength, but the nacre is far more resilient than its materials suggest.

The team, which included Macquarie University earth scientists Dorrit Jacob and postgraduate student Laura Otter, used tiny piezo-electric micro-indenters to exert force on the shells while they were under an electron microscope and watch what happened in real time.

They revealed the structure deforms with more complexity than imagined.

They found that the ‘bricks’ are actually multi-sided tablets only a few hundred nanometres in size.

Ordinarily, these tablets remain separate, arranged in layers and cushioned by a thin layer of organic ‘mortar’. But when stress is applied to the shells, the ‘mortar’ squishes aside and the tablets lock together, forming what is essentially a solid surface.

When the force is removed, the structure springs back, without losing any strength or resilience.

This resilience sets nacre apart from even the most advanced human-designed materials.

Plastics, for example, can spring back from an impact, but they lose some of their strength each time. Nacre lost none of its resilience in repeated impacts at up to 80 per cent of its yield strength.

Even if a crack does form, nacre confines the crack to a single layer rather than allowing it to spread, keeping the shell’s structure intact—the mollusc lives another day.

In essence, the material gains its strength by combining the advantages of solid and layered structures.

“It is fascinating that nature provides us with such complex materials,” says co-author Professor Dorrit Jacob, from Macquarie’s University’s Department of Earth and Environmental Sciences.

“Mother of pearl continues to inspire engineering of new materials, and we humans still have much to learn about how to mimic these natural materials that currently still outperform any man-made copy.”

The team says humans could use the mussel’s methods to create nano-engineered composite surfaces that could be dramatically lighter and tougher than those available today.