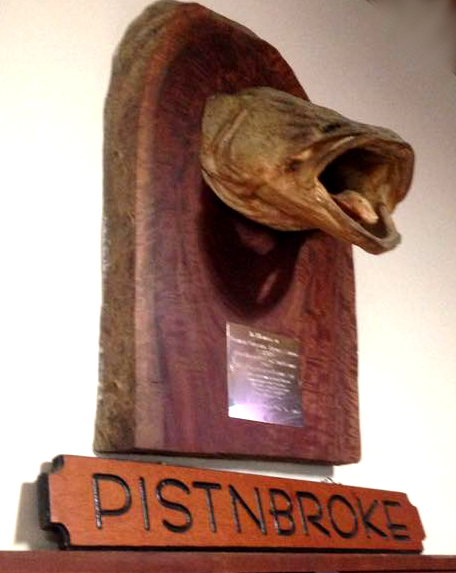 Experts will visit pubs up and down the Murray-Darling system for a distinctly academic pub crawl.

Dr Humphries will look at hundreds of the wall-mounted specimens as part of a study into the river system's history.

The study will look for changes over time, regional variations and distribution of the Murray cod.

“Most fish have a date and a location,” Dr Humphries told the ABC.

“Often the person or people who caught it.

“So if we can get a chronology, a timeline, of dates and locations and then match that with the size of the fish, we can get a pretty good idea about what was around in the past.

“And I know some of the fish go back to the early part of the last century, 1800s some of them.

“It's a wonderful record of what existed in the past and dare I say what could exist in the future.”

He says there are some interesting extra findings available too.

“Relating the size of the trophy fish to when it was caught may give us an idea of how the idea of what was a ‘trophy-sized’ fish changed over time.

“And that may relate to how common or rare big fish were in the past – if really big fish are rare, then fish that are not quite so big will become trophy fish,” he said.