Probe spots empathy in the brain 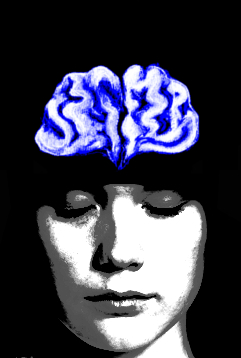 Research has revealed physical differences in the brains of people who respond emotionally to others’ feelings, compared to those who respond more rationally.

The study looked at whether people who have more brain cells in certain areas of the brain are better at different types of empathy.

It found correlations between grey matter density and cognitive and affective empathy.

“People who are high on affective empathy are often those who get quite fearful when watching a scary movie, or start crying during a sad scene. Those who have high cognitive empathy are those who are more rational, for example a clinical psychologist counselling a client,” researcher Robert Eres said.

The researchers examined whether grey matter density in 176 participants predicted their scores on tests that rated their levels for cognitive empathy compared to affective – or emotional – empathy.

The results showed that people with high scores for affective empathy had greater grey matter density in the insula, a region in the ‘middle’ of the brain.

Those who scored higher for cognitive empathy had greater density in the midcingulate cortex – an area above the corpus callosum, which connects the two hemispheres of the brain.

The findings raise the question of whether some kinds of empathy could be increased through training, or whether people can lose their capacity for empathy if they do not use it enough.

“Every day people use empathy with, and without, their knowledge to navigate the social world,” said Mr Eres.

“We use it for communication, to build relationships, and consolidate our understanding of others.