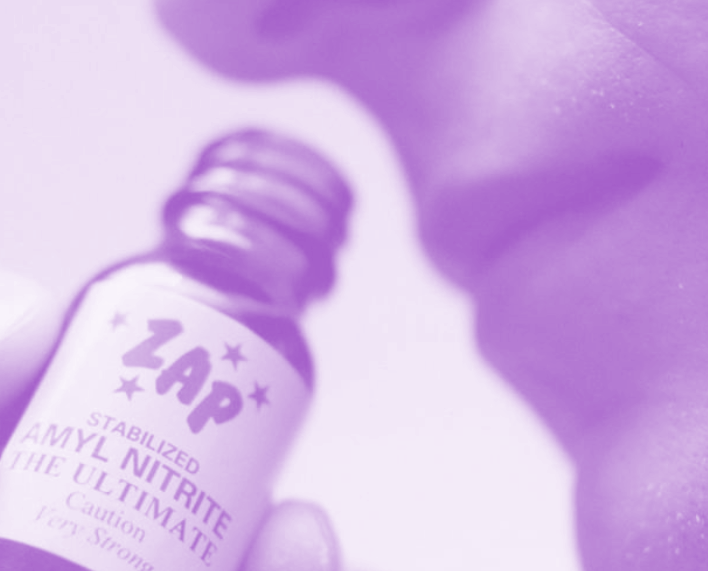 New research has found young gay and bisexual men are frequent users of alkyl nitrites, or poppers, but few show signs of addiction.

A survey of more than 800 men aged 18 to 35 found little evidence of typical dependency characteristics, including health, social, legal and financial problems, and no correlation between popper use and mental health or psychological stress.

The study appears to back the current stance of the Therapeutic Goods Administration (TGA), which is to step back from prohibiting poppers.

The TGA has elected to classify them as a Schedule 3 drug, available over the counter in pharmacies from February 2020.

“What we see with this research is that poppers are a very commonly used drug in the LGBT community, both recently and over their lifetime,” Dr Demant said.

“Most of the users are already oppressed or marginalised based on their social identity as gay or bisexual men. This creates a question as to whether there would have been a discriminatory element in banning a substance with such a low risk profile.

“Banning a substance that is used by so many people would create a new class of criminals, basically overnight.”

Currently, poppers are available on prescription from pharmacies, but they are more commonly bought illicitly, in sex-on-premises venues and LGBT bars.

A vial containing 25-30mL of the clear, strong-smelling fluid, possibly labelled as “VHS tape cleaner”, “leather cleaner” or “room deodoriser”, sells for up to $50, despite costing a couple of cents to manufacture.

The new TGA decision to regulate poppers rather than banning them hopefully paves the way for some measure of quality control as well as the removal of the “extreme profit margin” that exists now, Dr Demant said.

Dr Demant said that with poppers becoming a pharmacy-only medicine, safety standards would have to be met and pharmacy staff could provide guidance in cases where poppers might react badly with users’ other medications, particularly Viagra.

“We could stop pretending that poppers are sold for anything other than getting people high. And once we do offer it in pharmacies, we would have something made to the highest standards for people to use.”