Plastic claims break down under scrutiny 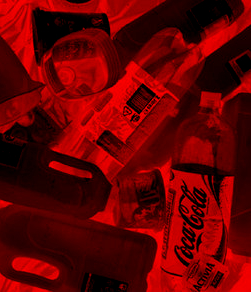 New research suggests the biodegradable claims on some plastic containers may not be all they appear.

Plastic manufacturers around the world have been adding ‘biodegradation-promoting’ additives to plastics to make them more susceptible to breakdown by microorganisms.

Thousands of everyday items such as bin liners, shopping bags and food packaging now carry these claims, but of all the substances tested by the School of Packaging at Michigan State University, none showed any benefit.

“We found no evidence of significant biodegradation of plastic materials in the presence of these additives,” Professor Susan Selke, lead author of the study, has told the ABC.

Plastics tend not to biodegrade because they are comprised of long, chain-like molecules that are too large and tightly bonded to be broken apart by microorganisms.

But plastic manufacturers make bold claims of their biodegradation additives, such as; “It reduces the molecular weight of the polymer by 'chemically cutting' the chain, secondly it makes the molecular fragment more 'hydrophilic' [water soluble]”.

So Dr Selke and her colleagues put their claims to the test, investigating additives for the breakdown of polyethylene (PE) - from which bin liners are made) - and polyethylene terephthalate (PET) used in drink bottles.

The researchers assessed biodegradation under conditions experienced at landfill sites, during composting, and even what they called “uncontrolled disposal”, where the plastic was simply buried in the soil.

The experiments ran for up to three years.

The subsequent reports - published in the journal Environmental Science and Technology – revealed that while some plastics changed under the simulated conditions (becoming brittle or breaking into smaller pieces), none of the plastic components actually broke down or were taken up by microorganisms.

“Fragmentation can result in the plastic no longer being visible in the environment, but it does not mean it has biodegraded. The samples with and without additives also behaved very similarly,” Selke said.

“We have ample evidence that biodegradation in a properly managed sanitary landfill is very slow even for organic items like food, so there is little or no advantage to biodegradable plastics if that is the end of life for an item.”

The experts say people should look for the word “compostable” on packaging labels instead.