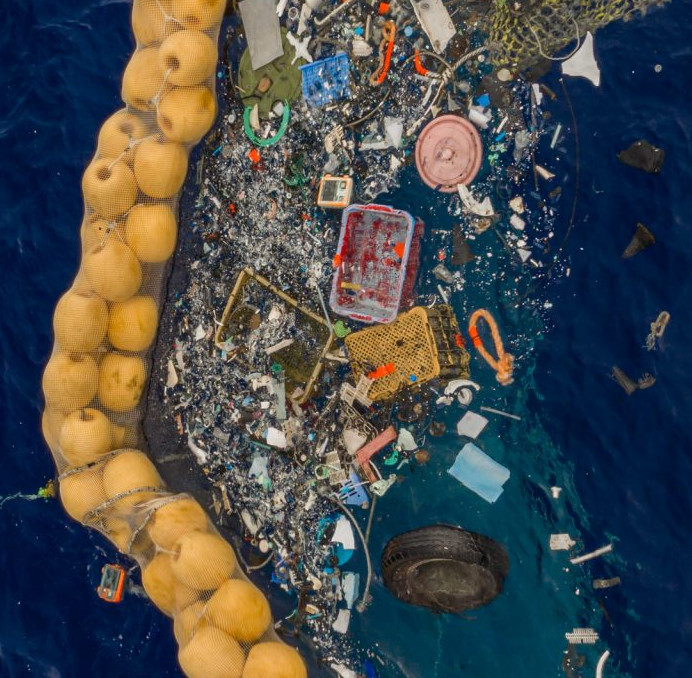 A giant boom designed to scoop up floating plastic in the Pacific Ocean may have begun working.

The not-for-profit Ocean Cleanup has announced that its floating boom is successfully skimming up waste in the ocean between California and Hawaii.

The results are promising enough to begin designing a second system to send to the Great Pacific Garbage Patch, its designer Boyan Slat said.

The floating boom carries a tapered, three-metre-deep screen to trap some of the 1.8 trillion pieces of plastic scientists estimate are swirling in the patch.

It should allow marine life to safely swim beneath it, but some are still concerned that organisms will be caught up in it.

Ocean Cleanup says it is a passive system, with both the plastic and the boom carried by the wind, waves and current at the same speed.

A difference in speed is needed to actually catch the plastic, so a kind of underwater parachute is used to slow the boom down and catch the quicker-moving plastic.

The barrier failed to catch any rubbish in its first weeks of operation last year because it was moving at the same speed as the plastic, prompting the introduction of the underwater parachute.

The barrier has also been broken previous tests, which led to four months of repairs before being relaunched from Vancouver in June.