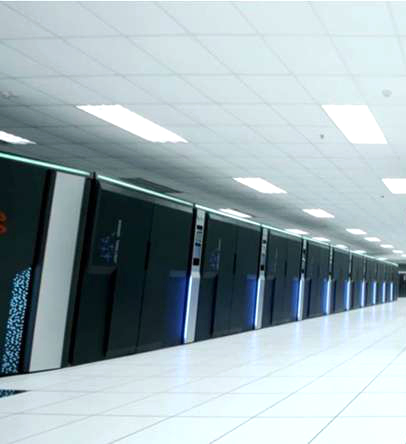 The world’s fastest supercomputer has been switched on in China.

The Sunway TaihuLight supercomputer is the first system to record a peak performance of over 100 petaflops.

That means it can process up to 100 thousand trillion floating point operations per second (FLOPS).

By comparison, the top consumer-level computers today can handle about 16 flops.

As the world's fastest supercomputer, it will contribute to research including earth system modelling, ocean surface wave modelling, atomistic simulation, and phase-field simulation.

Scientific models are being constantly improved, and the temporal and spatial resolutions they require are also increasing rapidly, so labs around the world are looking for access to ever-greater computer power.

The record-breaking machine was designed and produced almost entirely in China.

One major technology innovation of the Sunway TaihuLight supercomputer is the homegrown SW26010 many-core processor.

The nodes also contain 32GB of RAM, leaving the mind-bending rig with a total of over 10 million cores.