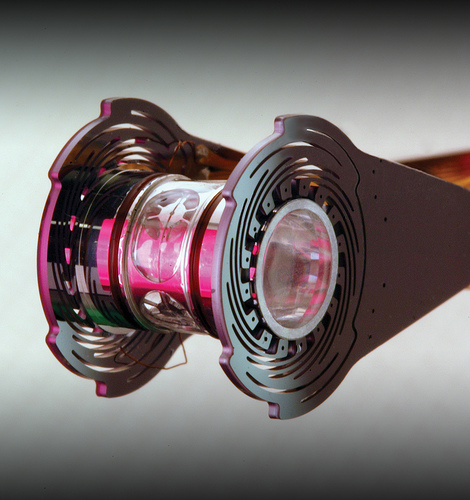 A milestone has been passed on the path to a paradigm shift in energy production.

Researchers at a lab in the United States have been working to create an efficient means to generate power through nuclear fusion – trying to put reins on the same process that keeps the Sun burning.

Using lasers to heat and compress a small pellet of hydrogen to the point of nuclear fusion has been possible for some time, but a major breakthrough has come now scientists are able to release more energy from the fusion reaction than the material absorbed.

The amazing acheivement was recorded last month, but has only just been published.

It is the first time more energy has been created than absorbed in a fusion reaction.

Researchers are now just a fraction off the ultimate goal – ignition, creating more energy than the 192 lasers use to heat it.

America’s National Ignition Facility (NIF) was created specifically to achieve that goal. The latest word is evidence that they are drawing ever-closer.

Power from nuclear fusion has been sought for decades for its theoretical ability to be self-sustaining for long periods. NIF official first planned to unveil the miraculous leap in technology in late 2012, but have been plagued by setbacks over the last few months. Not that their efforts are by any means sluggish, the lab has been working to create the world’s energy future for only 4 years.

Across the ocean at the multi-billion-euro ITER facility, currently under construction in Cadarache, France; teams will try a different technique to aim for the same goal. Instead of lasers the Europeans will use magnetic confinement to try to force a hydrogen pellet into fusion.

A single gram of nuclear fusion fuel could theoretically yield nearly ten million times the energy of the equvalent amount of fossil fuel, but without any emissions.