Parker probe to scrape the Sun 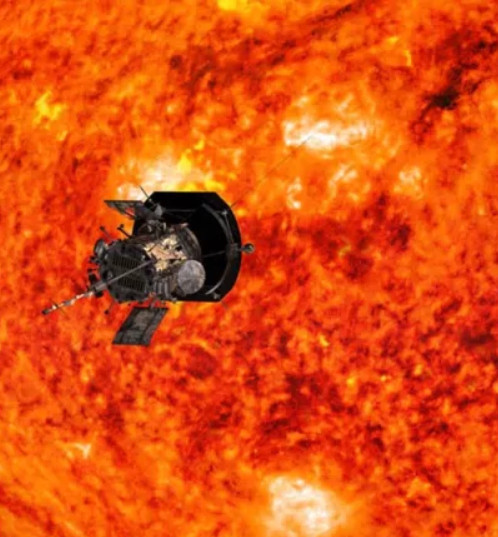 NASA’s latest probe has begun its journey to the Sun.

NASA’s Parker Solar Probe has launched from Florida on a mission that could spark a revolution in our understanding of the star that makes life on Earth possible.

The probe will fly inside the edge of the Sun’s corona, the outer solar atmosphere. It is named after 91-year-old astrophysicist Eugene Parker, who first proposed the existence of solar wind.

The mission’s findings will help researchers improve their forecasts of space weather events, which have the potential to damage satellites and harm astronauts on orbit, disrupt radio communications and, at their most severe, overwhelm power grids.

“This mission truly marks humanity’s first visit to a star that will have implications not just here on Earth, but how we better understand our universe,” said Thomas Zurbuchen, associate administrator of NASA’s Science Mission Directorate.

“We’ve accomplished something that decades ago, lived solely in the realm of science fiction.”

Over the next two months, Parker Solar Probe will fly towards Venus, performing a Venus gravity assist in early October – a manoeuvre a bit like a handbrake turn that whips the spacecraft around the planet, using Venus’s gravity to trim the spacecraft’s orbit tighter around the Sun.

It will fly as close as 24 million kilometres from the Sun – closer than any man-made device has gone before.

Throughout its seven-year mission, Parker Solar Probe will make six more Venus flybys and 24 total passes by the Sun, journeying steadily closer to the Sun until it makes its closest approach at 6.1 million kilometres.

At this point, the probe will be moving at roughly 692,000 km/h, setting the record for the fastest-moving man-made object.

Parker Solar Probe will set its sights on the corona to solve long-standing, foundational mysteries of our Sun, including what drives the supersonic solar wind, and what accelerates solar energetic particles.