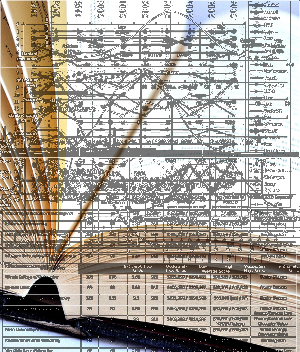 Queensland’s tertiary entrance score system is up for review, as an independent council looks for ways to improve the rankings.

It is possible the Overall Position (OP) system will be scrapped as part of the reforms being undertaken by the Australian Council for Educational Research (ACER).

Both of the ACER reviewers, Dr Gabrielle Matters and Professor Geoff Masters, have indicated there are better options than the OP system, which ranks student positions from one to 25 and applies solely to tertiary entrance.

Proposals so far include a suggestion that the A-to-E (Very High Achievement to Very Low Achievement) system be replaced with a 60-point scale.

Under the proposed changes, students would have to complete three school-based assessments set by teachers in each subject with the extra addition of an external assessment piece.

But a different marking scale would require adjustments to OP calculations too.

ACER’s Dr Matters said that while OP was useful in its limited sphere, it did nothing for many Queensland students, and a more broadly applicable score should be considered.

“Only half of the students actually use the OP to get to university,” she said in an interview with ABC this week.

“Which means we have a binary system really where OP is used for half of them and others get there through another route, which doesn't involve the fairness of the OP.”

“Universities have made it clear they want to use an ATAR - we just don’t happen to believe it is the right thing,” she said.

The Queensland Teachers Union is concerned about the idea of external assessment.

“We have severe concerns about having any type of external assessment introduced because for us it's the thin edge of the wedge,” QTU president Kevin Bates says.

“Our concern is once you have started down that particular path then the inevitable outcome will be all assessment would become external because they see that as the best option they should pursue.”

Queensland Education Minister John-Paul Langbroek says he is looking forward to the review’s report in coming weeks, and pledged that no concrete changes would occur before appropriate consultation with schools, universities, unions and school principals, even if it meant extending the deadline for reforms.