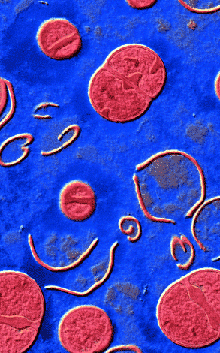 An overlooked antibiotic first developed decades ago could help in the fight against superbugs.

Antibiotics known as Octapeptins were discovered in the late 1970s but were not developed due to the overabundance of other options at the time.

Now, with far fewer new antibiotics in the pipeline and a much lower number of researchers in the field, they are getting a second look.

University of Queensland Institute for Molecular Bioscience (IMB) researchers have synthesised the antibiotic and increased its effectiveness against extensively drug-resistant bacteria, then collaborated with Monash University to evaluate the drug using animal models of infection.

One of the emerging problems in a world plagued by antibiotic over-prescription is that there are no new classes of antibiotics available for gram-negative bacteria, increasing incidence of extensive drug resistance around the world.

“Gram-negative bacteria are harder to kill as disease organisms, because they have an extra membrane to penetrate that is often hidden by a capsule or slime layer which acts to camouflage them from drugs and our immune system,” IMB director Professor Matt Cooper says.

“The emergence of resistance to meropenem, and now colistin, the antibiotic of last resort, means multi-drug and extensively drug-resistant bacteria are now a reality confronting clinicians.

“In addition, octapeptin was shown to be potentially less toxic to the kidneys than colistin.”

Professor Cooper says the latest studies have laid the foundation for the development of a new generation of antibiotics to treat life-threatening infections.

Their latest study is published in Cell Chemical Biology.