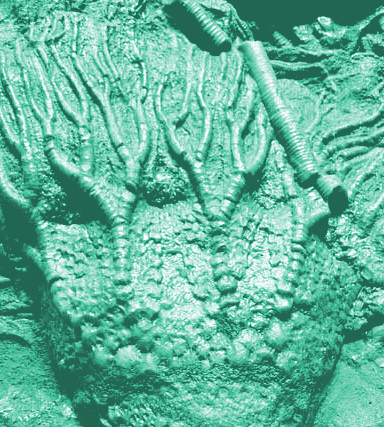 A new finding by Australian researchers could change our understanding of the history of the ocean.

A global research team including scientists from the University of Western Australia has discovered sea lily (isocrinid crinoids) fossils evidence suggesting the species lived in shallow water in the Southern Hemisphere millions of years longer than previously thought.

The findings paint a very different picture of the global evolution of our ocean and challenge Marine Mesozoic Revolution, a major theory in palaeontology that explains the evolution of animals occupying shallow sea floors.

The study explored some of the most remote regions in Western Australia and Antarctica.

UWA researcher Dr Aaron Hunter said sea lilies in the Southern Hemisphere had survived in shallow waters until 33 million years ago, instead of the previously estimated 66 million years - millions of years longer than their northern hemisphere cousins.

“However as the continents moved apart, they had nowhere to go but into the deep ocean depths, beyond the reach of new predators, where they have clung to existence until this day,” Dr Hunter said.

Researcher Adjunct Professor Ken McNamara said the discovery changed the understanding of the evolution of the ocean.

Dr Rowan Whittle from British Antarctic Survey said it was surprising to see such a difference in what was happening at either end of the world.

“Given the present day changes happening in our oceans and those projected to happen in the future, it is vital that we understand that different parts of the ocean could be affected in different ways and over different timescales.”

“It documents how sea lily animals evolved as Australia split away from Antarctica moving north and becoming the arid outback we know today, while ice formed over the South Polar Region.”