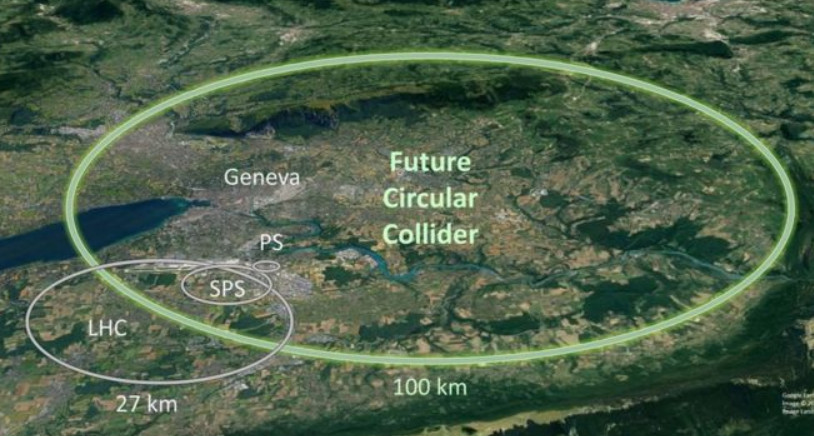 Scientists at CERN have released plans for a new particle collider four times larger than the Large Hadron Collider (LHC).

The LHC, which has already been at the heart of several big breakthroughs including the discovery of the Higgs Boson, is to be replaced in coming decades by the Future Circular Collider (FCC).

The goal of the FCC is to greatly push the energy and intensity frontiers of particle colliders, with the aim of reaching collision energies of 100 tera electron volts, compared to 17 TeV in the current collider.

CERN has launched the Future Circular Collider Study to bring together more than 150 universities, research institutes and industrial partners from all over the world.

The FCC examines scenarios for three different types of particle collisions: hadron (proton-proton and heavy ion) collisions, like in the LHC; electron-positron collisions, as in the former LEP; and proton-electron collisions.

Scientists are currently conducting physics and detector studies for each option. At the same time, dedicated teams of experts are performing in-depth analyses of infrastructure, operation concepts, and the key technologies required.

The project is expected to cost up to $40 billion.

In January 2019, a conceptual design report for the FCC was submitted, as input to the next update of the European Strategy for Particle Physics.