New view given by big nano-building 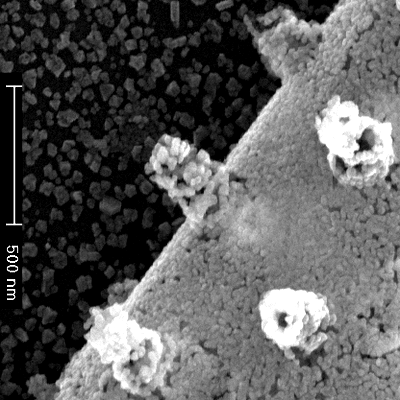 A new site will build windows into the human body for local researchers.

The Australian Research Council (ARC) has launched a new Centre of Excellence for Nanoscale BioPhotonics at The University of Adelaide.

ARC chief Professor Aiden Byrne said the centre will undertake cutting-edge research to measure processes in living systems at the nanoscale - something beyond the capacity of most technologies.

“BioPhotonics is the science of generating and using light (photons) to image, detect and manipulate biological systems,” Professor Byrne said.

“Nano BioPhotonics takes this a step further, using light to sense and measure within a living cell, such as inside individual cells in a blood vessel or in the human brain.

“This convergence of nanoscience and photonics will allow biological scientists to understand how single cells react to and communicate with their surroundings. They will be able to explore how life works from within, rather than observing from the outside.

“The emerging science undertaken at this new ARC Centre will underpin a new generation of devices capable of probing the response of cells within individuals to environmental conditions or treatment; creating innovative and powerful new sensing platforms that will have untold application for human health.”

The Centre will receive $23 million in ARC funding over a seven-year period until 2020.

The Centre brings together a diverse field of expertise, from physicists, to chemists to biologists. Researchers from The University of Adelaide will collaborate with colleagues at Macquarie and RMIT universities, along with 12 partner organisations including the South Australian Health and Medical Research Institute; CSIRO; Peking University (Beijing); City University London; University of Toronto (Canada); Bioplatforms Australia; Cook Medical Australia; and Olympus Australia.

More information about the new ARC Centre of Excellence for Nanoscale BioPhotonics is available at the Centre’s website.