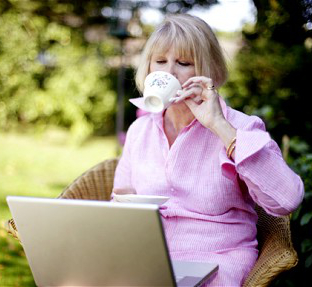 Australian researchers have created an online test to check for Alzheimer’s disease in just ten minutes.

The free test, known as the ANU Alzheimer’s Disease Risk Index (ANU-ADRI), can help identify whether a participant is at higher risk of developing the disease.

“Until now there hasn’t been a self-assessment tool to help the public identify which common risk factors they have, and what they can do about them,” said lead researcher Professor Kaarin Anstey.

“Anyone can use the ANU-ADRI to identify areas where they can change their lifestyle and reduce their risk of Alzheimer’s.”

There is no known cure for the disease affecting tens of millions worldwide, a figure that is only expected to increase with an aging population.

They used this information to work out a risk score for each participant, and how the score was linked to dementia after several years of follow-up.

“We found that the ANU-ADRI score predicted those who were at increased risk. This is the first time a comprehensive measure has been developed and then validated on external studies.

“The benefit of this tool is that it is backed by high-quality science,” Professor Anstey said.

Professor Anstey has warned that while ANU-ADRI assesses risk and protective factors, it cannot predict with certainty if an individual will develop Alzheimer’s, due to the many contributing factors.