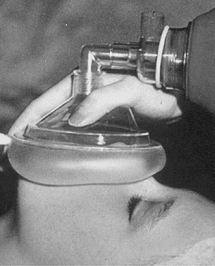 A new system which could allow greater control over anaesthesia and induced comas has seen positive results from early tests.

A system which uses real-time monitoring of electroencephalogram (EEG) patterns to reach the perfect level of unconsciousness, could be a significant leap forward from current methods.

Computer control has been present in anaesthesia for some time, but the plan form the US is to create a fully automated system. Clearly, purposely rendering someone unconscious is not an easy task, but it could be one that is better served by less human involvement.

“People have been interested for years in finding a way to control anaesthesia automatically,” says Dr Emery Brown, from the Massachusetts General Hospital Department of Anesthesia, Critical Care and Pain Medicine, and senior author of a new report on the technique.

“To use an analogy that compares giving anaesthesia to flying a plane; the way it's been done is like flying a direct course for hours or even days without using an autopilot. This is really something that we should have a computer doing.”

The generally-accepted optimum level of anaesthesia to protect the brain against damage from pressure build-up or seizure is known as the ‘burst suppression’ state. Burst suppression is characterised by an EEG pattern showing brief periods of brain activity – the bursts – interrupted by stretches of greatly reduced activity lasting for a few seconds or more. The anaesthetist’s goal is often to attain this “burst suppression” state.

By re-purposing previous programs used for analysing the activity of neurons, a feedback loop has been created so that a computer can adjust the flow of an anaesthetic drug and achieve the desired brain state. When the researchers tested their system in a rodent model, the actual EEG-based measure of burst suppression tracked the target trajectory almost exactly.

“As far as we know, these are the best results for automated control of anesthesia that have ever been published,” says Brown, who also a Professor of Anesthesia at Harvard Medical School and the Edward Hood Taplin Professor of Medical Engineering and Computational Neuroscience at MIT.

“We're now in discussions with the FDA for approval to start testing this in patients,” he says, and that the MGH has applied for a patent for the technique.

As computers tend to do – the new system in development could lead to increased human resources in medical situations. Freeing up intensive care nurses who currently have to continuously monitor individual patients in ICU would improve staffing needs at many hospitals.

Computer-aided anaesthesia could create the ability to maintain medical coma at a more precise, consistent level than can be done manually and using lower doses of drugs.

More details are available from the official report in the latest edition of PLOS Computational Biology.