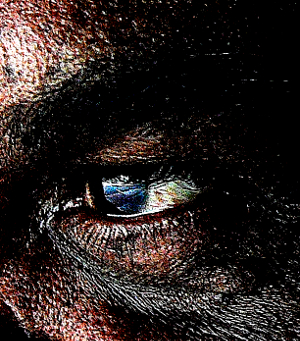 Gene modification therapy has been used to partially restore the vision of a blind patient.

It is the first reported case of functional recovery in a neurodegenerative disease after optogenetic therapy (which controls specific cells through pulses of light, after the cells have been genetically modified to respond to such stimulation).

RP is a neurodegenerative eye disease that breaks down the cells in the retina that are receptive to light and can lead to complete blindness.

In the latest study, researchers injected an adeno-associated viral vector (used to facilitate gene therapy) encoding the optogenetic sensor ChrimsonR into one eye of a blind, 58-year-old male patient with RP, combined with light stimulation via engineered goggles. The goggles had a special camera that captured images from the visual world and transformed them into light pulses that were then projected onto the retina in real time in order to activate the modified cells during visual tasks.

This treatment approach was well tolerated, and the previously blind patient was able to recognise, count, locate and touch different objects with the treated eye while wearing the light-stimulating goggles.

The authors conclude that optogenetic therapy may be beneficial in restoring visual function in people with RP-related blindness. However, further results from this trial are needed for a clearer picture of the safety and efficacy of this approach.