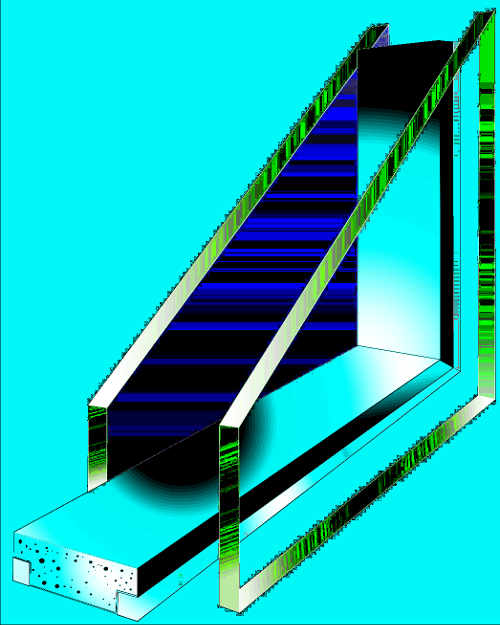 The new approach, developed at the University of Warwick's Department of Physics, uses gas to transport electrical energy.

The device is essentially a thin double-glazed window. The outer pane is transparent and conducts electricity. The inner window is coated with a special material, which acts a source of electrons under illumination by sunlight - called a “photocathode”.

The two panes are separated by a safe inert gas, such as argon - exactly as is found in high quality double glazing windows.

When sunlight hits the device, electrons are knocked out of the photocathode and bounce through the gas to the outer pane without being absorbed or lost.

This is totally different to how electrons act in existing solar panels, and opens up the possibility of improving solar power generation methods - whereas improvements in classic photovoltaics are hard to come by.

The electrons are then collected and the electrical energy pumped into the grid. This can be done through a gas-filled gap rather than a vacuum which would be far more cost-effective for any practical device.

The optimal material for the photosensitive layer still needs to be identified, and the researchers have proposed a range of candidate materials - including thin films of diamond, which would be very robust and long-lasting.

The transparency of the photocathode could be varied, leading to the possibility of tinted windows generating solar power.

The researchers want the material science community to think about potential optimal materials.

The latest paper on the device is accessible here.