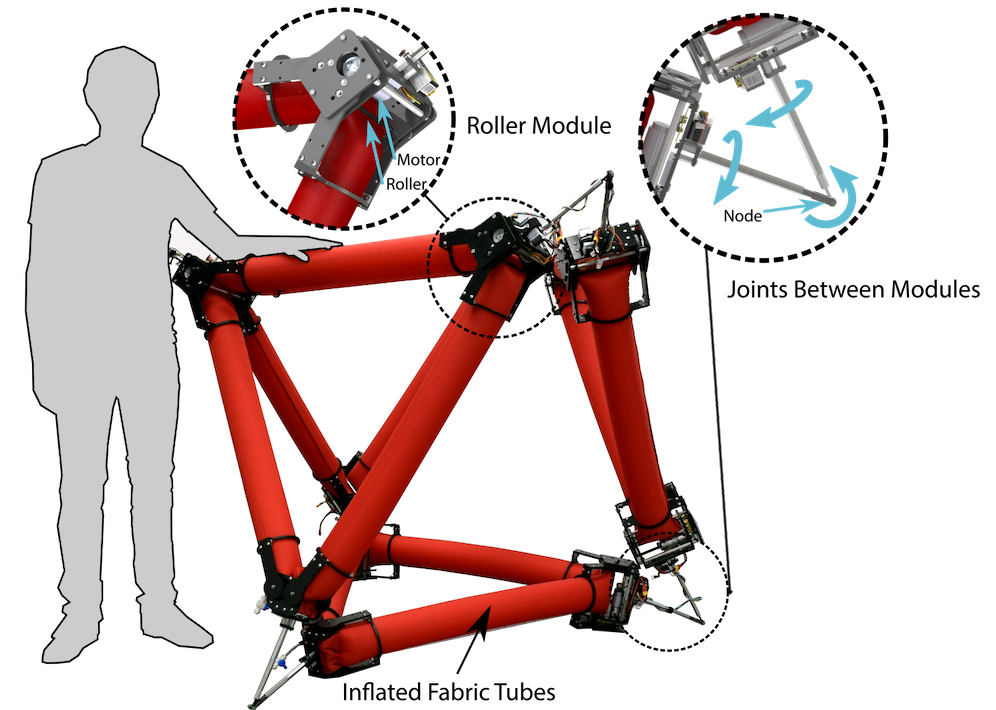 Engineers have created a new, shape-changing, free-roaming soft robot to work alongside humans.

One of the major goals in robotics is to create helpers to assist humans with just about any task, right up to lifting impossibly heavy objects or carrying a person out of danger.

The field of ‘soft robotics’ is largely dedicated to developing ‘soft’ robots that can work beside a fragile human body without damaging it.

Now, Stanford University researchers have developed a new kind of soft robot that borrows features from traditional ‘hard’ robotics, while remaining safe to stand near and retaining the ability to move and change shape.

“A significant limitation of most soft robots is that they have to be attached to a bulky air compressor or plugged into a wall, which prevents them from moving,” said Nathan Usevitch, a graduate student in mechanical engineering at Stanford.

“So, we wondered: ‘What if we kept the same amount of air within the robot all the time?’”

The first versions of the robot consisted of an inflated tube running through three small machines that pinch it into a triangle shape. One machine holds the two ends of the tube together; the other two drive along the tube, changing the overall shape of the robot by moving its corners.

The researchers call it an “isoperimetric robot” because, although the shape changes dramatically, the total length of the edges – and the amount of air inside – remains the same.

“It makes for a really interesting class of robots that combines many of the benefits of soft robots with all of the knowledge we have about more classic robots.”

The robot can be scaled up by simply attaching several triangles together. They can coordinate the movements of the different motors, causing the robot to perform different behaviours likes picking up a ball or altering its own centre of mass to make it roll.

“What’s exciting to me is that the robot is actually a collective of individual robotic rollers, which work together to move the robot and change its shape,” said Dr Mac Schwager, assistant professor of aeronautics and astronautics.

“This helps make it an adaptable and robust system.”

The study is accessible here, and a demonstration can be seen in the video below.