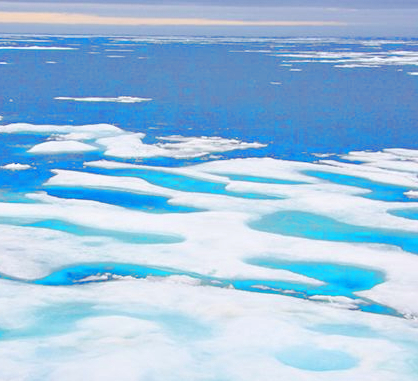 Record extreme events seen during 2019 in the Mediterranean Sea and average ice thickness reducing by 90 per cent in the Barents Sea are among the findings of the annual ‘Copernicus Ocean State Report’, published in the Journal of Operational Oceanography.

This year’s review (focused on results from 2019) shows unprecedented levels of impact of climate change.

The warming of the Arctic Ocean is contributing to an estimated near 4 per cent of the entire global ocean warming.

A near 90 per cent reduction of average sea ice thickness has been witnessed in the Barents Sea (a small part of the Arctic), which has led to a decrease in sea ice import from the polar basin.

In the North Sea, extreme variability from cold-spells and marine heatwaves has been linked to reported changes in catches of sole, European lobster, sea bass, red mullet, and edible crabs.

In the Mediterranean Sea, there were four consecutive record flooding events in Venice (November 2019), and higher-than-average wave heights in the southern Mediterranean (in 2019).

Summarising the international situation of the ocean, report chair Dr Karina von Schuckmann states a need for ongoing improved development and provision of state-of-the art ocean knowledge and products, in addition to regular monitoring through the EU-funded Copernicus.

“Climate change, pollution, and overexploitation have placed unprecedented pressures on the ocean requiring the urgent need for sustainable measures for governance, adaptation, and management in order to secure the various life support roles the ocean offers for human well-being,” she says.

“Scientifically-sound knowledge derived from high-quality ocean products and delivered by ocean services is critical to stimulate transformative change. Considering the ocean as a fundamental factor in the Earth system and embracing the multidimensional and interconnected nature of the ocean is the bedrock for a sustainable future.”

Other key findings include: