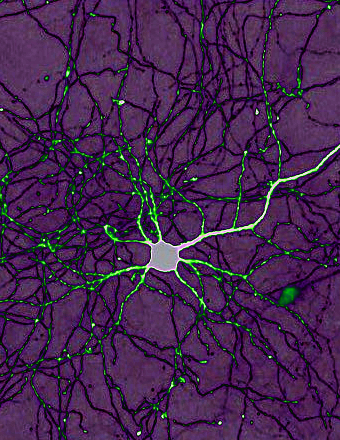 New research has uncovered one of the techniques that the human brain uses to solidify new information.

It appears that when a person learns a new activity, their brain replays the memory at high speed to solidify what they learned.

In a high-tech brain imaging study, researchers in the US found there is fast, repeated reactivation of a neural network representing a behavioral sequence that people were learning.

The team asked 30 people to type “41324” as quickly and as accurately as possible during 36 ten-second trials, with ten-second rest periods in between.

During the rest periods, researchers measured brain activity and found their brain cells were re-activating in the same sequence that people were learning, at around 20 times the speed of the actual behaviour.

The replays also occurred more frequently in the first 11 trials, while participants were learning faster, compared to the last 11 trials.

“This is the first demonstration of wakeful neural replay of a newly learned skill elicited by practice in humans,” says Professor Leonardo G Cohen from the US National Institutes of Health.

“This study is also the first to show that wakeful replay predicts rapid consolidation of skill, which is responsible for early learning.”

In future studies, the team will look at whether wakeful replay plays a causal role in early skill learning and to determine if rapid consolidation supports other types of memory.