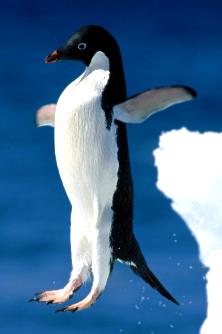 A major hub has been opened which will see many of the world’s leading experts working close to Antarctica, basking in the relative comfort of Hobart.

The new home of Hobart's Institute for Marine and Antarctic Studies (IMAS) has been officially opened, located on prime waterfront real estate at Battery Point in the capital.

The $45 million research superstore has been in the works for more than four years, after it was approved by the previous federal government.

The federally-funded IMAS building has been built on land donated by the Tasmanian Government.

The small state is set to see some payback for its generous gift, with the profile that will come from around 40 per cent of world Antarctic experts working in one place.

IMAS solidifies Hobart’s place as the academic front door to the frozen continent, according to University of Tasmania’s Vice Chancellor Peter Rathjen.

“Internationally this is the most important place in the world to do it, but what we want is for it to become one of those four or five iconic destinations around the world where everyone who works on the oceans or Antarctica knows that that's the place you want to be,” said Mr Rathjen.

Some of the major research will involve analysing huge amounts of ice core samples from Antarctica, which hold secrets to the past and future of the Earth and its oceans.