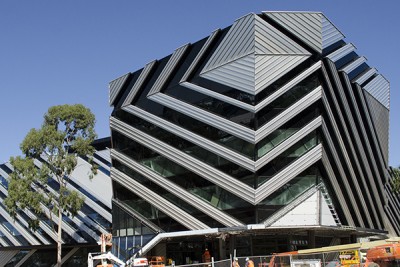 Monash University has opened a new research centre dedicated to transforming manufacturing in areas such as biomedicine, transport, aerospace engineering and mineral processing.

The New Horizons Centre, located within the Clayton Innovation Precinct, was officially opened yesterday by the Federal Minister for Innovation, Industry, Science and Research, Minister for Higher Education, Senator the Hon Kim Carr.

The new facility seeks to co-locate more than 400 staff from Monash and the CSIRO, creating a platform for global research and teaching collaboration through information technology. It will also form strong links with businesses and the community.

Monash University’s Vice-Chancellor and President Professor Ed Byrne said: “The high-quality work being undertaken in New Horizons is structured around research and development of national and international importance... by bringing together scientists and engineers from Monash University and CSIRO, and building on the two organisations’ existing research strengths, the facility will have a positive and lasting influence in fields such as manufacturing, biological engineering, renewable energy, and modelling and simulation.”

The multi-function site could help to break down barriers which restrict innovation by isolating scientific fields from each other, according to the Dean of the Faculty of Engineering and the Faculty of Information Technology, Professor Frieder Seible. He says the idea behind the facility is to bring together engineering, IT, and other sciences, allowing for exciting and impactful research across departmental, faculty, and institutional boundaries.

The New Horizons centre will allow cross-talk between other facilities in the Clayton Innovation Precinct, including the Monash Centre for Electron Microscopy, the Melbourne Centre for Nanofabrication, the Australian Synchrotron, the Victorian Organic Solar Cell Consortium and the Australian Regenerative Medicine Institute. It has been co-funded by the Commonwealth Government, Monash and the CSIRO.

The official site for the newly-opened centre is available here.