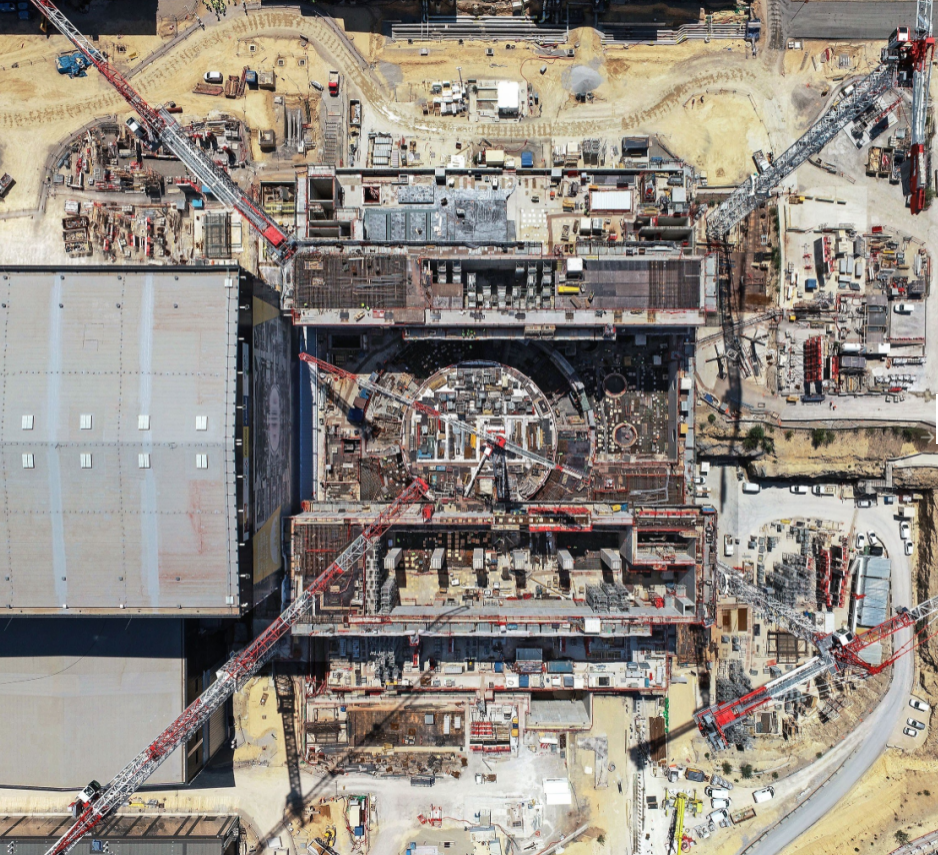 A building that will house the world's largest tokamak fusion reactor is now complete.

Engineers working on the ITER Tokamak Building in France have swung their last pylon into place, making room for the nuclear fusion reactor's assembly stage.

The facility will host a device capable of producing the super-hot high-speed reactions that take place inside the Sun, as part of the quest for clean and inexhaustible nuclear fusion energy.

The ITER (International Thermonuclear Experimental Reactor) has been in the works since 1985. It is a type of nuclear fusion reactor known as a tokamak - a doughnut-shaped device designed to accommodate circular streams of plasma consisting of hydrogen atoms.

The atoms are compressed using superconducting magnets so that they fuse together and release monumental amounts of energy.

But there are major technological challenges to overcome for tokamak reactors, including the challenge of bringing the devices up to the required temperatures and keeping the streams of plasma in place long enough for reactions to take place.

There are a number of experimental tokamak devices already in operation around the world, including UK firm Tokamak Energy’s device, which last year hit temperatures of 15 million degrees Celsius, and China’s Experimental Advanced Superconducting Tokamak, which holds the record for longest duration of superheated plasma for at 102 seconds, while achieving internal temperatures of 100 million degrees Celsius.

The ITER is designed to host streams of plasma 10 times thicker than the largest tokamak in action today. The larger and longer the plasma streams, the greater opportunity there is for nuclear fusion reactions to take place.

The current record for tokamak output is 16 MW, but the team behind ITER has set its sights on 500 MW.

Construction is now complete on the building, so workers will soon begin putting together the millions of parts making up the reactor.

Assembly is expected to take five years, with the team hoping to achieve first plasma in 2025.