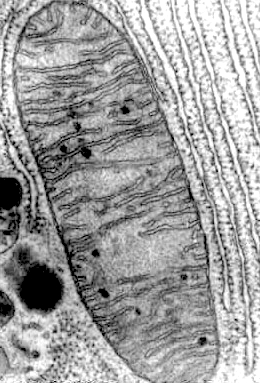 Australian medical researchers have unlocked a central part of the way mitochondria behave.

Mitochondria are often referred to as the powerhouses of our cells, because they generate chemical energy similar to that obtained from a battery.

Whether in the brain, muscle or even a plant cell, nano-sized gateways control the activity of the mitochondrial battery by carefully allowing certain proteins and other molecules to enter into our mitochondria.

Some of these proteins are large and complex molecules, yet they are essentially ‘spirited’ into from the cytoplasm into the mitochondria, while the mitochondrial membrane remains water-tight and intact.

How this happens has confounded science for decades.

Monash University researchers, working with colleagues in Japan, have shown how molecules manage this sub-cellular voyage and have visualised the process with new, atomic-resolution imaging – in real time.

The revelation of what has been a big mystery in biology has been published in the journal Science.

Lead researcher Professor Trevor Lithgow and his team used a novel technology that enables the systematic expansion of the genetic codes of living organisms to include unnatural amino acids beyond the most common ones.

The technology has only been used in a handful of labs outside of Australia.

The team focused on the TOM protein complex - a large, complicated set of molecules embedded in the mitochondrial membrane in ways that have long confounded researchers.

According to Professor Lithgow, TOM 40 has resisted all attempts using x-ray crystallography and other standard techniques in structural biology to unlock its transport secrets.

The Lithgow lab managed to ramp up the scale of the technology to make hundreds of re-coded TOM 40 complexes, each one with a novel additional 21st amino acid.

They say that what they ended up with was a Rubik’s Cube of three dimensional data, which in the end had a unique solution that explained the structure of the TOM 40 protein complex and precisely how it operates as the gateway for entry into mitochondria.

Having shown the technology works – Professor Lithgow believes other labs working on diverse processes in human cell biology will mimic these experiments to determine how their chosen nanomachines operate.

This includes processes from DNA damage and repair, to regulation events in metabolic disorders and cancer.

“This new technology has revealed what has been a major unknown in biology, and other cellular mysteries are now ripe for the picking” he said.