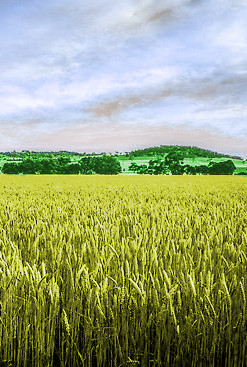 The question of whether agriculture or social structure came first in human development has long been a point of contention with historians.

While it is generally agreed that both played a vital role, the consensus has broadly come down in favour of agriculture being the key driver of social complexity rather than the other way around.

But a new study from a team of scientists from the University of Auckland and the Max Planck Institute for the Science of Human History challenges this “materialist” view and finds evidence that social and cultural factors may have played an equally important role.

“The findings suggest that intensification of agriculture and the rise of more hierarchical, socially complex human societies promoted each other, perhaps as a part of a feedback loop that may also have involved population growth,” says lead author Oliver Sheehan.

The study used an approach called cultural phylogenetics to investigate the history of intensive agriculture and social complexity.

The work reconstructs the history of cultures using a computer programme to map different ‘traits’ that represent intensive farming activity, or evidence of a more socially complex society, onto a ‘family tree’ of cultures, in this case a sample of 155 Austronesian-speaking societies.

Austronesian is the largest “language family” in the world, encompassing a vast swathe of Southeast Asia and the Pacific from Taiwan in the north, New Zealand in the south, Madagascar to the west and Easter Island to the east.

Because it was historically diverse, ranging from largely egalitarian societies in the Philippines to highly-centralised states in Hawaii, the Austronesian-speaking world has long been of interest to those who seek to understand how and why human societies evolved as they did

“The Pacific is an ideal setting to test these ideas, with populations spread across hundreds of islands with different political institutions and modes of subsistence,” says Professor Atkinson.

“And we know the cultural ancestry of these populations because it is encoded in the languages they speak.”