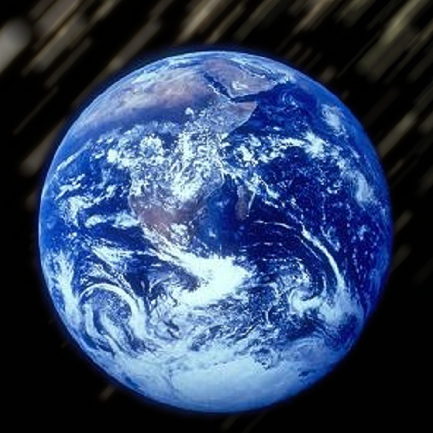 Neutrinos are subatomic particles that normally pass by the trillion through our bodies and every part of the Earth every second, but they rarely interact with matter – a fact that makes them difficult to detect.

The experiments will increase our understanding of the world of particle physics and may lead to a new tool for scientists to explore inside the Earth.

The research has shown that the Earth stops very high energy neutrinos in their tracks.

This was as predicted by the Standard Model of Particle Physics – the theory scientists use to explain the fundamental forces and particles in the Universe – but at neutrino energies far higher than can be produced and tested in any human-constructed particle accelerator.

The high-energy neutrino interactions were seen by the IceCube Neutrino Observatory, a particle detector buried deep beneath the Antarctic ice at the South Pole and consisting of more than 5000 basketball-sized optical sensors arranged in strings within a cubic kilometre of ice.

IceCube’s sensors measure flashes of blue light emitted by charged particles created when the neutrinos interact with the ice. The patterns of light are used to infer the arrival directions and energies of the particles.

“The Standard Model of Particle Physics works really well to predict everything we've measured in particle accelerators on Earth. However, those accelerators only make neutrinos up to energies about 1000 times smaller than the most energetic that IceCube sees,” says Associate Professor Gary Hill, from the University of Adelaide’s School of Physical Sciences.

“We can never build an accelerator to make neutrinos with enough energy to directly test these predictions. Fortunately, cosmic rays come to Earth at much higher energies and make neutrinos in the atmosphere at extreme energies.

“In this study we’ve looked at these neutrinos in the IceCube Observatory, and see that they behave exactly as predicted by the Standard Model. This did not have to be the case – the theory, based on data at lower energies, could have been found to not apply at high energies, but it turns out to work beautifully.”

The researchers examined the rate at which neutrinos arrive from all directions through the Earth. Some of these path lengths are longer than others, and by comparing the rates of arrival to the path length, and accounting for the varying density of the Earth, they calculated the probability that neutrinos are absorbed when they hit protons and neutrons, the building blocks of the nucleus of atoms.

This matched what was expected from the Standard Model of Particle Physics – but now directly tested at high energies.

IceCube is operated by the IceCube Collaboration of 300 physicists and engineers from 48 institutions in 12 countries, and is led by the University of Wisconsin-Madison, with major funding from the US National Science Foundation. The University of Adelaide is the only Australian university involved, and this research was supported by the Australian Research Council.