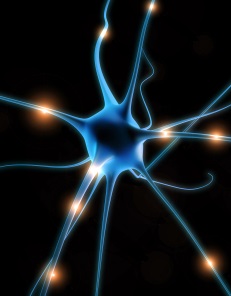 The average brain contains about 100 billion neurons, each with one to ten thousand synapses each. A technique has been tested which allows scientists to view the electrical activity of just one synapse at a time amid a torrent of trillions.

Scientists at the Queen Mary University of London have developed the technique to measure the electrical activity in the communication junctions of the nervous system.

The team applied a high-resolution scanning probe and a miniscule microscope which can visualise one synapse in three dimensions. The British researchers measured and recorded the flow of current in synaptic terminals for the first time.

Dr Pavel Novak, a bioengineering specialist from Queen Mary's School of Engineering and Materials Science said: “We replaced the conventional low-resolution optical system with a high-resolution microscope based on a nanopipette,”

“The nanopipette hovers above the surface of the sample and scans the structure to reveal its three-dimensional topography. The same nanopipette then attaches to the surface at selected locations on the structure to record electrical activity. By repeating the same procedure for different locations of the neuronal network we can obtain a three-dimensional map of its electrical properties and activity.”

The study allows a new level of monitoring capability to observe brain activity at a nanometre scale. It could contribute to the wider effort of understanding the function of the brain represented by the United States’ Brain Activity Map Project (BRAIN initiative), which aims to map the function of each individual neuron in the human brain.

The new technique is detailed in the latest edition of the journal Neuron.