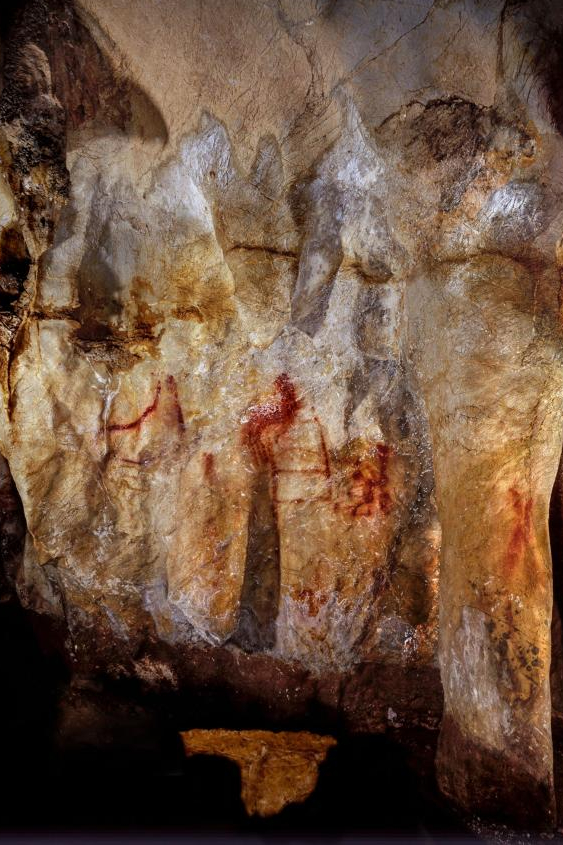 Experts have discovered the first-ever cases of Neanderthal cave art.

The images dating back 65,000 years in Spanish caves are the first works of art dated to the time of Neanderthals, and are the oldest cave art ever found.

Two new studies, published in Science and Science Advances, suggest these works of art predate the arrival of modern Homo sapiens to Europe.

Researchers found over a dozen examples of wall paintings that tests showed to be 65,000 years old.

“The Aviones finds are the oldest such objects of personal ornamentation known to this day anywhere in the world,” says study coauthor João Zilhão, a University of Barcelona archaeologist.

“They predate by 20 to 40 thousand years anything remotely similar known from the African continent. And they were made by Neanderthals. Do I need to say more?”

It is more evidence that Neanderthals had cognitive abilities similar to those of Homo sapiens.

The findings imply that the intellectual ability underpinning symbolic art could date back to the common ancestor of Homo sapiens and Neanderthals, some 500,000 years ago.

“Neanderthals appear to have had a cultural competence that was shared by modern humans,” says John Hawks, a paleoanthropologist at the University of Wisconsin-Madison (who was not involved with the study).

“They were not dumb brutes, they were recognisably human.”

It adds to previous findings that bring Neanderthals and modern humans closer together, including the fact that Neanderthals buried their dead with care, crafted stone tools, travelled in boats and used medicinal plants.

Genetic evidence has also revealed that Neanderthals and modern humans interbred, with about two per cent of modern European and Asian DNA coming from Neanderthals.