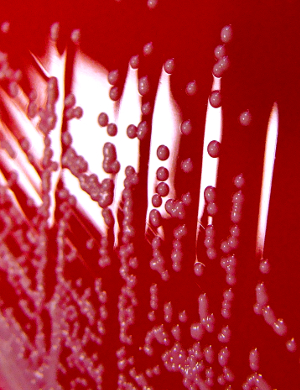 Locals worked with Chinese counterparts to develop a microscopic system that can bombard cancerous tumours - and not healthy tissue - with potent chemotherapy drugs.

It came after the discovery of folate and pH-sensitive drug nano-vesicles, which quickly release the chemo agents when they sense the cellular makeup of cancer tumour cells.

The technique could be used to trigger the instant release of multiple chemo drugs, reducing side-effects and perhaps avoiding surgical removal of difficult to reach cancers.

“Most current chemotherapeutic agents are associated with debilitating toxicity because they indiscriminately attack both cancerous and healthy cells,” Professor Raston said.

“We are endeavouring to develop a robust delivery platform that can be readily modified to incorporate targeted and pH-triggered drug release for potent but toxic chemo agents, such as Paclitaxel to ovarian cancer.”

The drug delivery vessels, or “smart packages”, wait to release drugs until they leave healthy tissue and enter the different kind of cancer cell environment.

“The vesicles would have a similar structure as phospholipid bilayer of cell membrane, which would facilitate the anti-cancer drug uptake.”

A proof of concept paper has been published in Scientific Reports.