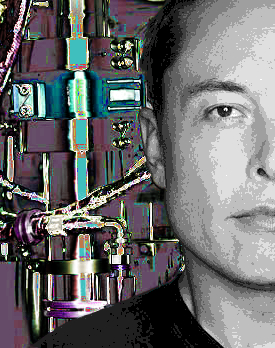 SpaceX CEO Elon Musk has expanded on his plans to colonise Mars.

Mr Musk was interviewed about the Mars mission in an online forum after the International Astronautical Congress, where the Mars plan was announced.

Mr Musk said SpaceX was still “far from figuring this out in detail”, but that the plan so far included:

The tech billionaire said the first crewed mission “would have about a dozen people, as the goal will be to build out and troubleshoot the propellant plant and Mars Base Alpha power system”.

Forum members did not get any more detail on what the interior habitable area layout of the planned Interplanetary Transport System (ITS) would look like.

“[We] will aim to release details of the habitation section when we have actual live mock ups. Maybe in a year or two,” Mr Musk replied.

But if the ITS is actually going to work, Mr Musk said the “biggest question right now is sealing the carbon fibre tanks against [cryogenic] propellant with hot autogenous pressurisation”.

“The oxygen tank also has an oxidation risk problem as it is pressurised with pure, hot oxygen,” he said.

“Will almost certainly need to apply an inert layer of some kind. Hopefully, something that can be sprayed. If need be, will use thin sheets of invar welded together on the inside.”

When asked if any part of the plan was fully complete, Musk replied: “not sure that we've really mastered anything yet. Maybe starting engines.”