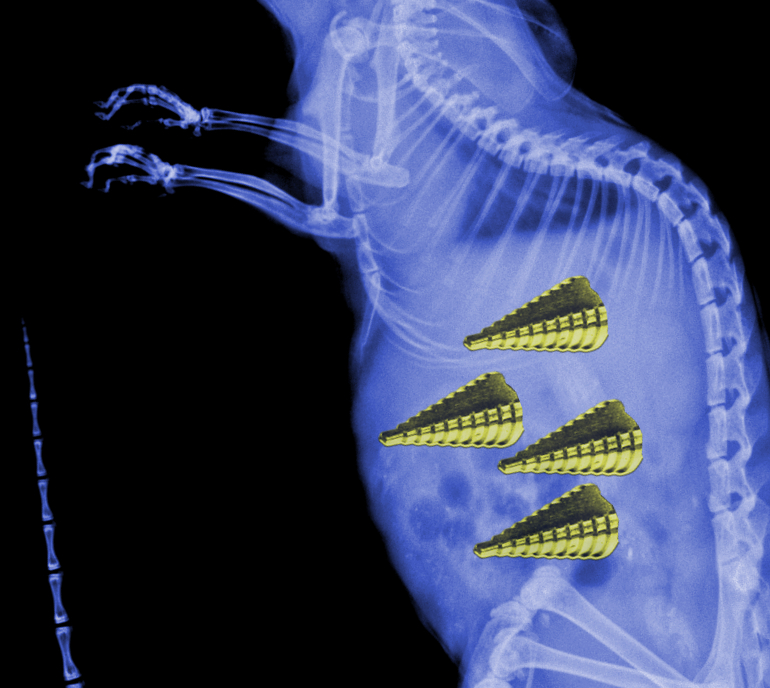 Researchers have sent a tiny motor for a spin, fuelled only by the stomach acid of a mouse.

The micromotors, each just a few micrometres long, are designed to carry drugs or even diagnostic devices into the body’s acidic centres.

Nanoengineers Professor Joseph Wang and Liangfang Zhang say they are experimenting with different designs and fuel systems for micromotors to travel in water, blood and other bodily fluids.

“We thought it was the logical extension of the work we have done, to see if these motors might be able to swim in stomach acid,” said Wang.

Stomach acid reacts with the zinc body of the motors to generate a stream of hydrogen microbubbles that propel the motors forward.

The motors find a good spot and lodge themselves in the stomach lining. As the zinc is dissolved by the acid, the motors disappear, leaving no toxic chemical traces.

The experiment published in the journal ACS Nano was the first to show that these micromotors can operate safely in a living animal.

The motors carried a payload of gold nanoparticles, and researcher found that almost three times more particles reached the stomach lining when carried by the motors, compared to swallowing them alone.

In the experiment, mice ingested tiny drops of solution containing hundreds of micromotors.

They became active as soon as they hit the stomach acid, zooming toward the stomach lining at a speed of 60 micrometres per second.

The engineers estimate the motors can self-propel for up to 10 minutes.

The burst of propulsion helped the cone-shaped motors penetrate and stick in the mucous layer covering the stomach wall.

“It's the motor that can punch into this viscous layer and stay there, which is an advantage over more passive delivery systems,” explained Zhang.

Buoyed by its success, the University of California team is now working on similar nanomachines for applications including drug delivery, diagnostics, nanosurgery and biopsies of hard-to-reach tumours.