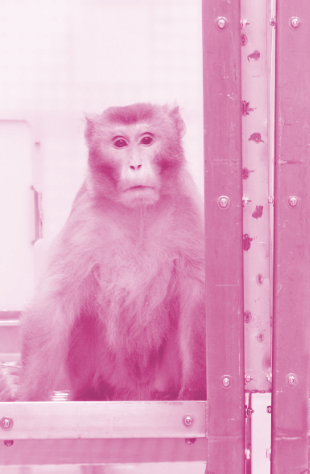 A study in monkeys has found they do not develop a coronavirus infection the second time they are exposed, suggesting plasma from recovered patients could be a treatment for COVID-19.

COVID-19 is the name of the novel coronavirus disease itself, but the virus that causes it is called SARS-CoV-2, or severe acute respiratory syndrome coronavirus 2.

A major question as the pandemic continues is whether people develop immunity to SARS-CoV-2 after being infected once.

A study in monkeys now provides some clues.

Three rhesus macaques did not develop a second infection after recovering from a first exposure and being re-exposed to SARS-CoV-2, suggesting primates can develop at least some short-term immunity to the pathogen.

The research, posted as a preprint to bioRxiv (and yet to undergo peer review) indicates that reports of some COVID-19 survivors being “re-infected” a second time can have been issues with testing rather than a failure to develop immunity.

The team applied a dose of SARS-CoV-2 into the windpipes of four adult rhesus macaques.

High concentrations of the virus were detected in the animals’ noses and throats, peaking three days after the initial infection. This was accompanied by reduced appetite, weight loss, and an increased breathing rate.

After sacrificing one of the monkeys and performing a necropsy a week after the initial exposure, traces of the virus were found across many body tissues and the specimen was found to have developed interstitial pneumonia - one of the key symptoms of COVID-19 that can occur in people.

About a month later, the three surviving macaques had cleared the infection. Two were exposed to a second dose of the coronavirus, and although they developed a slight fever, neither showed weight loss.

The monkeys’ blood was found to contain antibodies that targeted the spike protein of SARS-CoV-2, a surface protein the virus uses to enter human cells.

Antibody levels were relatively low during the first week after infection, but surged at three and four weeks.

“Our study found that neutralizing antibodies are produced in the process of recovery after SARS-CoV-2 infection,” said researcher Chuan Qin, an experimental pathologist at the Institute of Laboratory Animal Sciences at the Chinese Academy of Medical Sciences.

Viral infection typically triggers plasma B cells to produce antibodies immediately, but down the line, memory B cells (which survive for long periods of time) also appear. It is these memory cells that create antibodies upon re-encountering the same pathogen.

The Chinese study does not show whether the antibody surge is part of the “stage when [initial] antibody levels are still dropping off, rather than a true memory response,” immunologist Sheena Cruickshank, who was not involved in the study, said in response.

Still, the experts say the results underscore the possibility that plasma therapy approaches could be a useful treatment option.