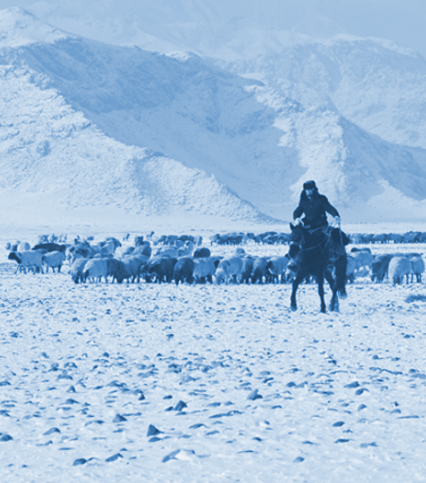 Australian researchers have used high-tech methods to map the movements of Chinese farmers over 3,500 years ago.

Archaeologists from the University of Sydney have reconstructed the ancient seasonal migration routes of Bronze Age herders in Xinjiang, north-western China.

They were able to determine snow cover and vegetation cycles, crucial to the survival of Bronze Age people and their flocks, by examining both satellite imagery and archaeological evidence, as well as interviewing modern-day herders.

In conjunction with researchers from the Institute of Archaeology, Chinese Academy of Social Sciences, Beijing, they then used the data to create a model of how the landscape was used more than 3,500 years ago.

“This detailed model of how Bronze Age people capitalised on the resources in their environment helps greatly in understanding the Prehistoric Silk Road,” said lead author Dr Peter Jia.

“For example, our ethnographic studies – interviews with local herders – have explained why certain locations were and still are chosen throughout the seasons: for the presence of early and late grass, optimal grazing potential in summer, and the absence of snow cover in the winter.

“Analysis of satellite imagery, together with the results of archaeological surveys and excavations, has enabled us to test these anecdotal accounts and prove their accuracy.”

Study co-author, Professor Alison Betts added: “From previous archaeological evidence, it was difficult to determine how Bronze Age pastoralists adapted to life in Xinjiang and used the landscape that they settled in.

“Now we have a new validated method for determining the season in which people stayed in a place.”

The Eurasian steppe/mountain zone is a harsh environment. The main adaption to this arid landscape happened in the Bronze Age with the introduction of domesticated animals.

Still today, it remains a place with inherent dangers to the livelihoods of people. Too much snow in winter and the animals cannot find enough food, dying by the hundreds in what locals call a ‘white disaster’. Too little snow and there is not enough water for humans and animals, the feared ‘black disaster’.

Managing the landscape through seasonal migration is key to survival and maintenance of the economic system based on livestock.

In the new study, researchers established growth cycles for vegetation of grazing lands and estimated the snow depth using satellite imagery, which allowed them to assess the suitability of different parts of the mountains for herding in different seasons.

Comparing the data with the accounts of local Mongolian and Kazakh pastoralists, they found them to be closely matching.

“Archaeology is one of the few fields that provides insights into how humans have interacted with the environment in the past,” said co-author, Dr Gino Caspari.

“With exacerbating environmental conditions worldwide, it is crucial to analyse this history.

“This task requires us to connect academic disciplines and cooperate internationally. Our study is a good example of this.”