Researchers have taken a profound step forward in human-computer interactions, with one scientist successfully controlling the hand of another via brain interfaces and the internet.

Using an electrical code of brain information and magnetic stimulation, researcher Rajesh Rao made his colleague Andrea Stocco push a key on a keyboard on the other side of the University of Washington campus. While researchers at Duke University have demonstrated brain-to-brain communication between two rats, and Harvard researchers have demonstrated it between a human and a rat, Rao and Stocco believe this is the first demonstration of human-to-human brain interfacing.

“The Internet was a way to connect computers, and now it can be a way to connect brains,” Stocco said, “we want to take the knowledge of a brain and transmit it directly from brain to brain.”

“It was both exciting and eerie to watch an imagined action from my brain get translated into actual action by another brain,” Rao said, “this was basically a one-way flow of information from my brain to his. The next step is having a more equitable two-way conversation directly between the two brains.”

“Brain-computer interface is something people have been talking about for a long, long time,” said Chantel Prat, assistant professor in psychology at the UW’s Institute for Learning & Brain Sciences, and Stocco’s wife and research partner who helped conduct the experiment.

“We plugged a brain into the most complex computer anyone has ever studied, and that is another brain... I think some people will be unnerved by this because they will overestimate the technology... There’s no possible way the technology that we have could be used on a person unknowingly or without their willing participation.”

Rao and Stocco next plan to conduct an experiment that would transmit more complex information from one brain to the other. If that works, they then will conduct the experiment on a larger pool of subjects.

A dedicated research page has been established with more details and demonstrations. 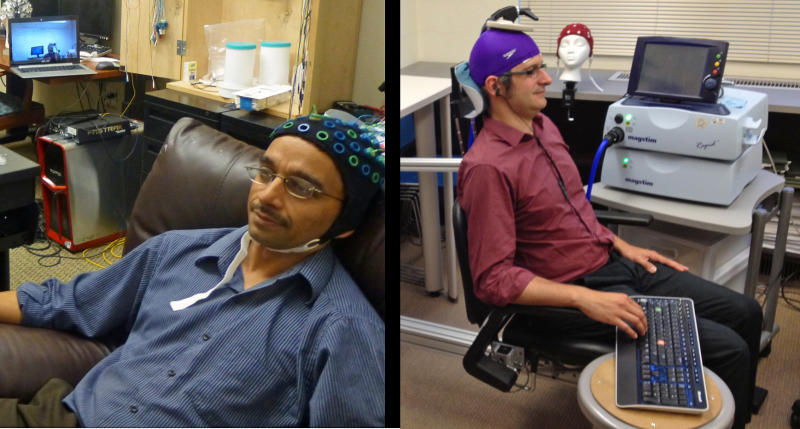