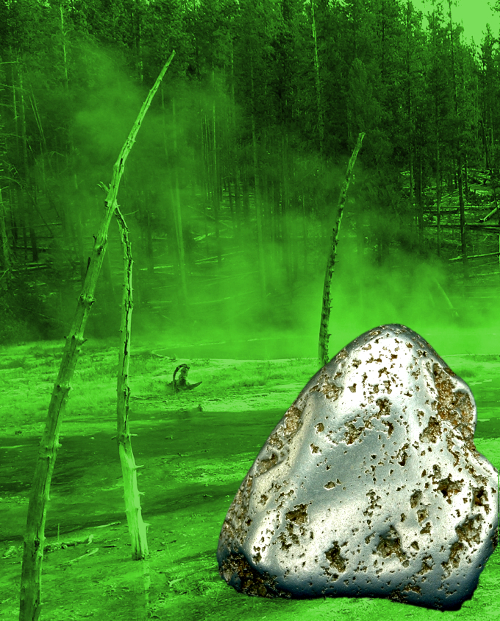 In the mining sector, ensuring adequate supply has been a big challenge, making enhanced exploration a global priority.

“Traditionally it was thought that these platinum group metals only formed under high pressure and temperature systems deep underground, and that when they were brought to the surface through weathering and uplift, they just sat there and nothing further happened to them,” says Dr Frank Reith, visiting researcher at CSIRO Land and Water.

“We’ve shown that that is far from the case. We’ve linked specialised bacterial communities, found in biofilms on the grains of platinum group minerals at three separate locations around the world, with the dispersion and re-concentration of these elements in surface environments.

“We’ve shown that nuggets of platinum and related metals can be reformed at the surface through bacterial processes.”

The study has investigated platinum group elements from Brazil, Colombia and Tasmania.

Monash University researcher Professor Joël Brugger says: “We needed to find fresh grains of platinum group minerals and extract them from soils and sediments in a manner that preserves fragile biofilms and tell-tale DNA. These grains are incredibly rare, and the chase took us all over the world, from Tasmania to Brazil.”

The researchers found live bacterial biofilms on mineral grains from all three sites using scanning electron microscopy, which had been suggested previously but never before shown to exist.

They also showed that the mineral grains found at the Brazil site were bio-organic in origin, further supporting the role of the bacteria in the secondary formation of platinum grains.

“We’ve shown the biofilms occur across a range of platinum-group-metal grains and in different locations,” says Dr Reith.

“And we’ve shown that at the Brazil site at least, the entire process of formation of platinum and palladium was mediated by microbes.”

“These platinum group elements are strategically important metals, but finding new deposits is becoming increasingly difficult due to our limited understanding of the processes that affect the way they are cycled through surface environments,” says Dr Reith.

“This research reveals the key role of bacteria in these processes. This improved bio geochemical understanding is not only important from a scientific perspective but we hope will also lead to new and better ways of exploring for these metals.”