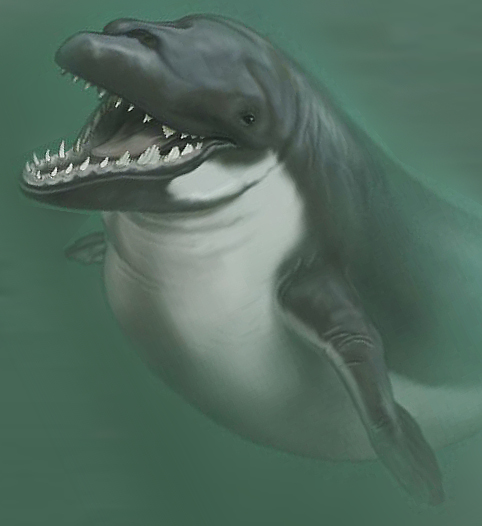 Experts have plotted the rise and fall of the largest known lake in Earth’s history.

The megalake Paratethys formed some 12 million years ago, after a giant sea disconnected from the ocean, allowing life to evolve for 5 million years cut-off from the rest of the world.

The lake contained an exotic endemic fauna that included dolphins and whales – among them, the smallest ones in Earth’s history. The 3m long Cetotherium riabinini is the best known of these dolphin-sized dwarf baleen whales.

While its inhabitants shrunk, the lake expanded to cover an area of 2.8 million km2. The area is larger than the modern Mediterranean Sea. The lake is believed to have stored an estimated 1.77 million km3 of brackish water - more than ten times all the fresh and salt-water presently stored in lakes.

During partial desiccation episodes, up to a third of the megalake water was lost to evaporation, the lake fragmented, and the central basin, now the Black Sea, became particularly toxic and barren. Most lifeforms became extinct, and those that survived were sick and deformed.

“It must have been a post-apocalyptic prehistoric world, an aquatic version of the wastelands from Mad Max”, explains researcher Wout Krijgsman.

New studies have identified four major dips in the water of the megalke level over several million years.

The most severe dip was the most recent, occurring between 7.65 million and 7.9 million years ago. The period was previously named the Great Khersonian Drying.

During this period, Paratethys lake water levels dropped by as much as 250 meters, separating the megalake into mini lakes that likely became toxic to most aquatic life.

“The partial megalake desiccations match with climate, food-web, and landscape changes throughout Eurasia, although the exact triggers and mechanisms remain to be resolved,” researchers said in a recent paper.

However, other studies have suggested that the dropping water levels around the Paratethys lake turned shorelines into grasslands, which provided fertile ground for the evolution of land creatures.

In fact, experts say that the diversity of the African savannah is likely due to migration caused by the major dry periods of this era.