Medical research gets $559 million, for now 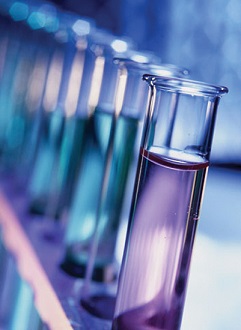 The Federal Government has announced a commitment to funding medical research, coming in at over half a billion dollars.

A statement from the Department of Health says $559 million will be provided for 963 grants across three National Health and Medical Research Council (NHMRC) research support schemes, as well as five fellowship schemes.

The grants are intended to run the gamut of research into common diseases including cancer, diabetes, asthma, arthritis and cardiovascular disease. It will also be spent on new approaches to mental illness, dementia and indigenous health.

The official statement said: “The Federal Government is committed to ensuring that Australia remains a world leader in medical research. Investing and supporting medical research is one of the best long-term investments in health that a government can make.”

The funds are about $100 million less than the previous federal Government spent in each of the past two years. The Gillard government spent $652 million in last year’s October round and a record $674 million in 2011, funding some 1140 grants each year.

It is too early to tell whether the Abbott government will match the previous government's spend. The latest NHMRC funding allocations are, as usual, staggered through the year. Another substantial round is expected in December.

“Grants announced today address research needs, from basic science to research translation as well as supporting researchers and their teams to achieve the goals to improve the health of all Australians,” NHMRC CEO Professor Warwick Anderson said.

The Coalition had previously made the guarantee that it would not to cut medical research funding. Now that the election is over, medical research has been included in the purview of cuts by the Commission of Audit.

Details of the now-confirmed research projects from the allocation of the 2013 National Health and Medical Research Council (NHMRC) grants are available here.