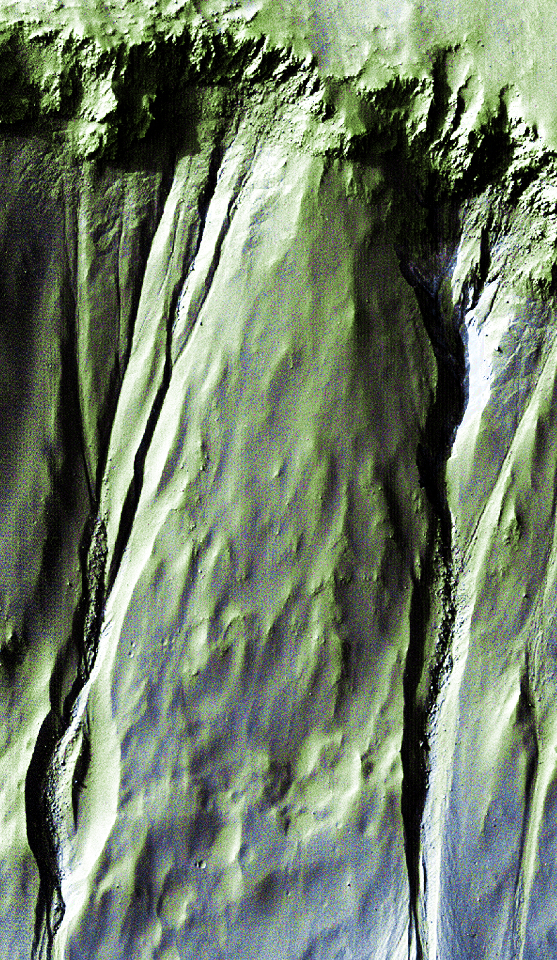 The gullies on Mars were not formed by flowing liquid water.

NASA experts have pored over data from the Mars Reconnaissance Orbiter to find out more about how Martian gullies formed.

Their studies also reveal more details about the geological processes on Mars, NASA said in a statement.

There was a lot of excitement when water in the form of hydrated salt was identified at the sloping, streaky, recurring slope lineage (RSL) sites on Mars last year.

Chemical analyses of earlier data from the Orbiter identified the presence of hydrated salts across the dark RSL streaks.

But deeper studies focussing solely on gullies have now found no trace of water.

Researchers from the Johns Hopkins University Applied Physics Laboratory (APL) looked at high-resolution compositional data from more than 100 gully sites throughout Mars to assess their formation.

They found no mineralogical evidence of liquid water or its by-products, suggesting instead that the gullies were likely formed by the freeze and thaw of carbon dioxide frost.

The study has been published in Geophysical Research Letters.

“On Earth and on Mars, we know that the presence of phyllosilicates - clays - or other hydrated minerals indicates formation in liquid water,” said lead author Jorge Nunez.

“In our study, we found no evidence for clays or other hydrated minerals in most of the gullies we studied, and when we did see them, they were erosional debris from ancient rocks, exposed and transported down-slope, rather than altered in more recent flowing water.

“These gullies are carving into the terrain and exposing clays that likely formed billions of years ago when liquid water was more stable on the Martian surface.”