Manly effect of paracetamol in pregnancy 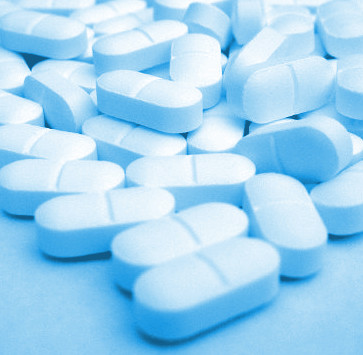 A new study has found that consistent use of paracetamol in pregnancy could have effects on the development of male offspring.

For the first time, researchers have found a connection in male mice exposed in utero to acetaminophen (paracetamol) and reduced masculinisation of the adult brain.

The exposed mice were less aggressive and less prone to mate with females than mice not exposed.

They found that prenatal exposure to paracetamol decreased the number of brain cells present in a part of the brain that regulates sexual behaviour in males, called the sexually dimorphic nucleus (SDN).

Importantly, the SDN is also present in the human brain where it serves a similar function, suggesting the findings translate to humans.

The exposure of the mice was close to the maximum dose regarded as safe for pregnant women, but the findings are considered important as acetaminophen is routinely recommended by physicians as safe for use while pregnant.

The authors say their findings should be seen in relation to other recent, peer-reviewed findings.

These studies show that changes in genital development in humans and rodents likely occur through inhibition of sex hormones associated with foetal exposure to acetaminophen. This inhibition of sex hormones like testosterone is shown in this study not only to have consequences for the genitals, but also for programming of the male brain. Testosterone is needed for proper male development of the brain, and acetaminophen has been shown to block this hormone.

“Prenatal exposures to paracetamol/acetaminophen and precursor aniline impair masculinisation of male brain and behaviour” has been published in the peer-reviewed journal Reproduction.

Professor Norman Saunders - a Professorial Fellow in Neuroscience at the University of Melbourne - says the findings should be considered carefully.

“This is a carefully described, well-executed study by an international group of scientists, but I am doubtful if it should lead to any change in clinical advice to pregnant women beyond the obvious advice of not to take any drugs in pregnancy unless essential,” he said.

“It is also relevant that the doses of paracetamol chosen were towards to maximum that would be used clinically. But these are usually used only in conditions such as osteoarthritis. Such large doses are unlikely to be taken by pregnant women.

“It would be of great interest to examine the effects of [doses] … that were more akin to those likely to be used by pregnant women. Shorter periods of exposure to paracetamol also need to be studied.

“Most pregnant women will not be taking paracetamol throughout most of their pregnancy, unlike the mice in this study.

“In the meantime it is to be hoped that pregnant women who have taken the occasional tablet of paracetamol because they have a headache or fever will not be alarmed by this study,” Dr Saunders said.