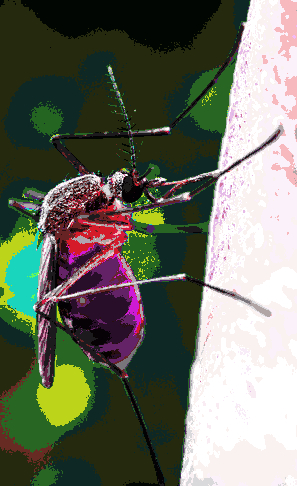 Funding has been lined up for the rollout of world’s first malaria vaccine.

The World Health Organization (WHO) has confirmed international funding is secured for initial pilot projects in sub-Saharan Africa, with vaccinations due to begin in 2018.

The vaccine, known as ‘RTS,S’, acts against P. falciparum, the most deadly malaria parasite globally, and the most prevalent in Africa.

“The pilot deployment of this first-generation vaccine marks a milestone in the fight against malaria,” said Dr Pedro Alonso, Director of the WHO Global Malaria Programme.

“These pilot projects will provide the evidence we need from real-life settings to make informed decisions on whether to deploy the vaccine on a wide scale.”

The Global Fund to Fight AIDS, Tuberculosis and Malaria has approved US$15 million for the malaria vaccine pilots, assuring full funding for the first phase of the programme.

Earlier this year, Gavi, the Vaccine Alliance and UNITAID announced commitments of up to US$27.5 million and US$ 9.6 million, respectively, for the first 4 years of the vaccine programme.

RTS,S was developed through a partnership between GlaxoSmithKline and the PATH Malaria Vaccine Initiative (MVI), with support from the Bill & Melinda Gates Foundation and from a network of African research centres.

“WHO recognises and commends the leadership and support of all funding agencies and partners who have made this achievement possible,” said Dr Jean-Marie Okwo-Bele, Director of the WHO Department of Immunization, Vaccines and Biologicals.

Countries that participated in the Phase 3 clinical trials will be prioritised for inclusion in the WHO pilot programme. The names of the 3 selected countries will be announced in the coming weeks.

The RTS,S vaccine is proposed as a tool to complement the existing package of WHO-recommended malaria measures including: long-lasting insecticidal bed-nets, spraying inside walls of dwellings with insecticides, preventive treatment for infants and during pregnancy, prompt diagnostic testing, and treatment of confirmed cases with effective anti-malarial medicines.

The existing tools have already dramatically lowered malaria disease burden in many African settings, with the rates of new malaria cases in sub-Saharan Africa falling by 42 per cent and malaria mortality rates falling by 66 per cent between 2000 and 2015.

But the region continues to account for approximately 90 per cent of global malaria cases and deaths.

As RTS,S is only partially effective, it will be essential that any vaccinated patients with a fever be tested for malaria, and that all those with a confirmed malaria diagnosis are treated with high quality, effective anti-malarial medicines.