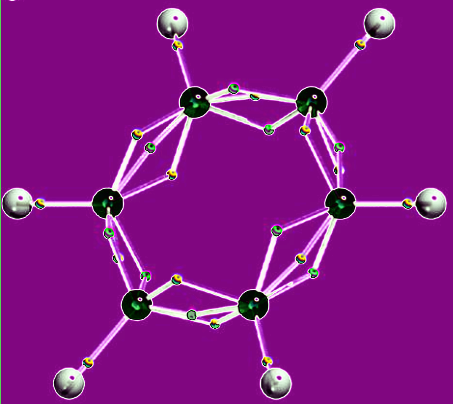 A University of Queensland team has revealed the complete three-dimensional structure of an enzyme, providing the first step in the biosynthesis of three essential amino acids – leucine, valine and isoleucine.

“This is a major scientific advance, which has been pursued globally by chemists for half a century,” researcher leader Professor Luke Guddat said.

“This information provides new insights into an important enzyme – acetohydroxyacid synthase – a target for more than 50 commercial herbicides.

“It’s also a potential target for new drugs to treat infections such as tuberculosis and invasive Candida infections.”

Using advanced techniques such as cryo-electron microscopy and X-ray crystallography, the team deciphered the structure of the plant and fungal versions of the enzyme.

Professor Guddat said the discovery could have big implications for global agriculture.

“Sulfometuron is a herbicide that targets this enzyme, and was widely used in the 1990s for wheat crop protection throughout Australia,” he said.

“But today it is completely ineffective due to the development of resistance.

“With this new insight, we will be able to make changes to existing herbicides, restoring options for future herbicide application.”

Professor Guddat said the enzyme was only found in plants and microbes, not in humans.

“For this reason, the herbicides and drugs that it targets are likely to be safe and non-toxic to all mammals,” he said.

“And another surprising finding of the research was the role that the molecule known as ATP plays in the regulation of the enzyme.

“However, here it is acting like a piece of glue to hold the structure together.”

“They’re fascinating findings for us, and we’re excited for new opportunities for targeted design of next-gen herbicides and antimicrobial agents.”