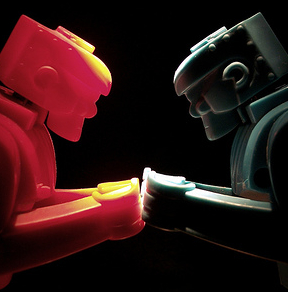 Australian teams are getting ready to unveil a raft of new robots.

High-school students from around Australia and the Asia Pacific including Singapore, Taiwan, and China will soon showcase their hard work after six weeks of designing and building an original robot in the inaugural Australia Regional FIRST (For Inspiration and Recognition of Science and Technology) Robotics Competition.

Thirty-six teams of students as well as their engineering and technical mentors will compete for honours and recognition in design excellence, competitive play, sportsmanship, and high-impact partnerships between schools, businesses, and communities.

This year’s game is RECYCLE RUSH - a recycling-themed game played by two teams of three robots each.

Students work with engineering mentors to design a robot using a standard kit of parts and a standard set of rules.

Once the young inventors create a robot, their teams participate in regional competitions that measure the effectiveness of each robot, the power of collaboration, and the determination of particiapnts.

The competition was started by Dean Kamen, inventor of the Segway.

FIRST was created to inspire an appreciation of science and technology in young people, their schools, and their communities.

More than 1,000 students will this year compete at the Australia Regional to earn a spot at the Championship, which will be held in late April 23-26 in St. Louis.

“FIRST is more than an annual science and engineering competition. It is very much a training ground for young people to build their self-esteem and team skills year-round, and to open their minds to a career in these fields,” said Luan Heimlich, Regional Director of FIRST Australia.

“At a time when both secondary and tertiary education have seen a decrease in enrolments in science, engineering, and mathematics subjects, FIRST has seen an increasing number of high school students working on an international level in robotics. It’s exciting to see young people seizing the opportunity to network with peers, big-name sponsors like Google, and potential employers.”