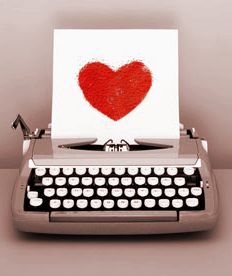 A printer that prints organs made of human tissue has been enhanced by an international research effort.

Scientists from the Universities of Sydney, Harvard, Stanford and MIT have bio-printed artificial vascular networks mimicking the body's circulatory system that are necessary for growing large complex tissues.

“Imagine being able to walk into a hospital and have a full organ printed... with all the cells, proteins and blood vessels in the right place,” says study lead author and University of Sydney researcher, Dr Luiz Bertassoni.

“We are still far away from that... at the moment, we are pretty much printing ‘prototypes’ that, as we improve, will eventually be used to change the way we treat patients worldwide.”

A major challenge in the current phase of the project has been how to network cells with a blood supply.

Cells need ready access to nutrients, oxygen and an effective ‘waste disposal’ system to sustain life. This is why ‘vascularisation’– a functional transportation system – is central to the engineering of biological tissues and organs.

“Cells die without an adequate blood supply because blood supplies oxygen that's necessary for cells to grow and perform a range of functions in the body,” says Dr Bertassoni.

“Replicating the complexity of these networks has been a stumbling block preventing tissue engineering from becoming a real world clinical application.”

But, using a highly-advanced ‘bio-printer’, this is what researchers have now achieved.

The team fabricated a series of interconnected tiny fibres to serve as a mould for the artificial blood vessels, then covered the 3D-printed structure with a cell-rich protein-based material, which was solidified by applying light to it.

They then removed the bio-printed fibres to leave behind a network of tiny channels coated with human endothelial cells, which self organised to form stable blood capillaries in less than a week.

“While recreating little parts of tissues in the lab is something that we have already been able to do, the possibility of printing three-dimensional tissues with functional blood capillaries in the blink of an eye is a game changer,” Dr Bertassoni says.