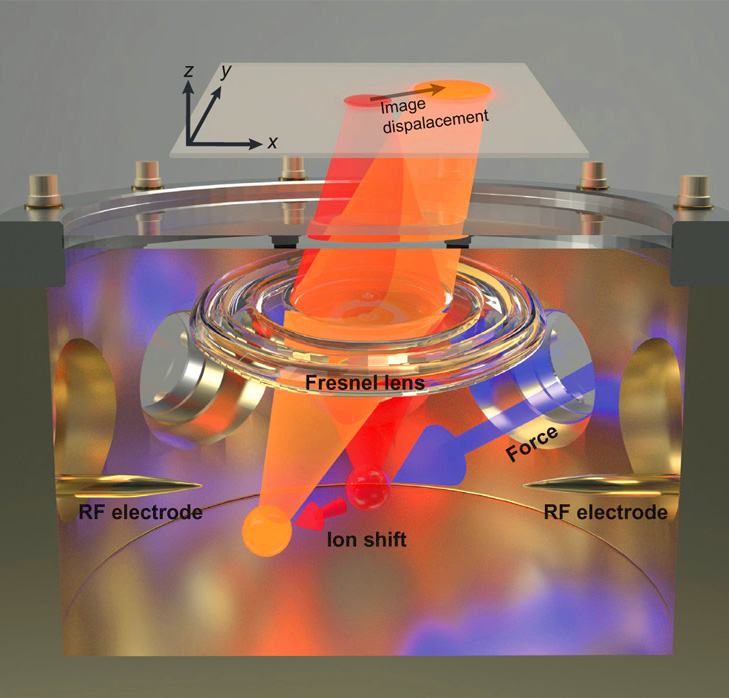 Australian researchers have created a incredibly sensitive new device that uses a single atom as its sensor.

A team from CSIRO and Griffith University say their hyper-accurate technique for scientific measurements is sensitive down to 100 zeptoNewtons.

“That’s about the same as the force of gravity between a person in Brisbane and a person in Canberra. It can be used to investigate what's occurring on surfaces, which will help miniaturise ion trap type quantum computers and other quantum devices.”

The new system uses miniature Fresnel lenses that can capture high-quality images of a single atom, and allows scientists to detect shifts in its position with nanometre precision in three dimensions.

By intentionally moving their optics slightly out of focus the researchers were able to measure displacements in all three dimensions, with the third direction determined by if the atom was shifting back into focus or further out of focus.

Dr Marcin Piotrowski from CSIRO says having better sensors allows things to be produced on a smaller scale.

“The finding opens up the potential for future development of a much more sensitive alternative to Atomic Force Microscopy for testing surface properties.”